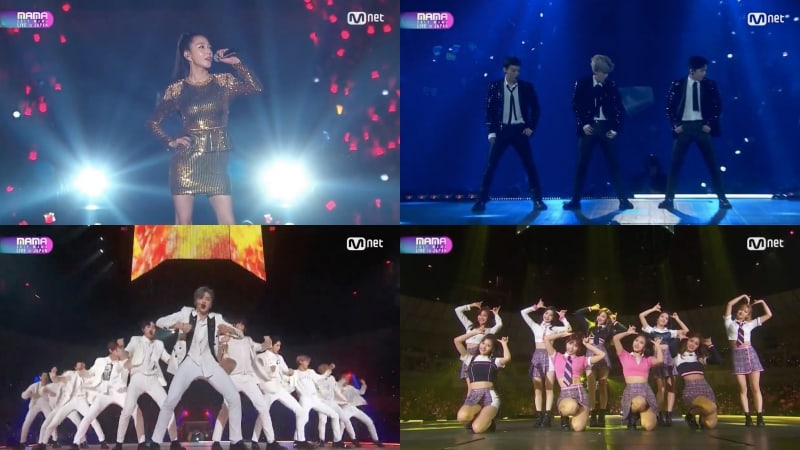 The 2017 Mnet Asian Music Awards (MAMA) hosted its second star-studded award ceremony of the year on November 29, where many awards were handed out and viewers also got to enjoy lots of great performances from some of K-pop’s biggest acts.

The night started off with an amazing medley of BoA’s hits, including performances by SEVENTEEN and TWICE, as well as a collaboration between BoA and Hwang Min Hyun of Wanna One and NU’EST.

More collaborations were to come, including “Produce 101” and “Idol School” contestants teaming up to take over the stage with members of Japanese girl group AKB48 for performances, as well as a collaboration by SEVENTEEN and NU’EST W.

See also: Here Are The Winners Of The 2017 Mnet Asian Music Awards (MAMA) In Japan

Check out the exciting performances below!

BoA and Hwang Min Hyun – “Only One”

NU’EST W – “Overcome” Intro performance and “Where You At”