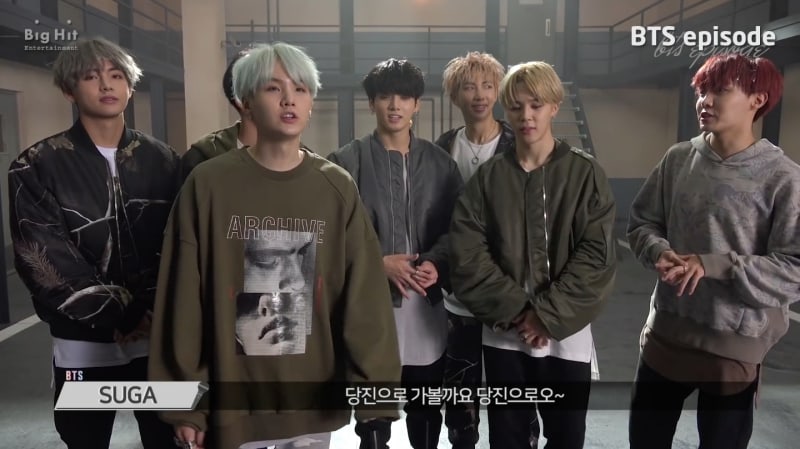 BTS has shared a glimpse behind the scenes of their latest music video!

In the newly released clip, the BTS members are their usual playful selves as they film the music video for their “MIC Drop” remix.

Jimin and Jungkook gleefully enjoy themselves as they fly around on wires for the scene during Suga’s verse. Far from being scared, Jungkook actually ruins a take by looking too happy. He admits, “I enjoyed it so much that I couldn’t hide my [excited] expression.”

V confidently expresses his anticipation for how the video will turn out, while RM talks about the new English lyrics featured in the remix. “In order to share our music with lots of people, we composed lyrics in English,” explains RM. “But because it’s a new challenge that we’re taking on for the first time, I don’t know how it will turn out.”

The video also highlights some of BTS’s unintentionally humorous moments, such as RM struggling to open the doors of the ambulance that he’s supposed to coolly step out of. J-Hope is also unsurprisingly startled by an explosion on set. Later on, before shooting a dance scene that features a similar explosion, he warns Jin, “We don’t have that many chances [to get the take right], so don’t get startled while you’re dancing.”

Luckily, the group gets through the dance scene without a problem, and Jin boasts to J-Hope that the explosion was no big deal. Secretly, however, he later admits to the camera, “To be honest, I was actually startled.”