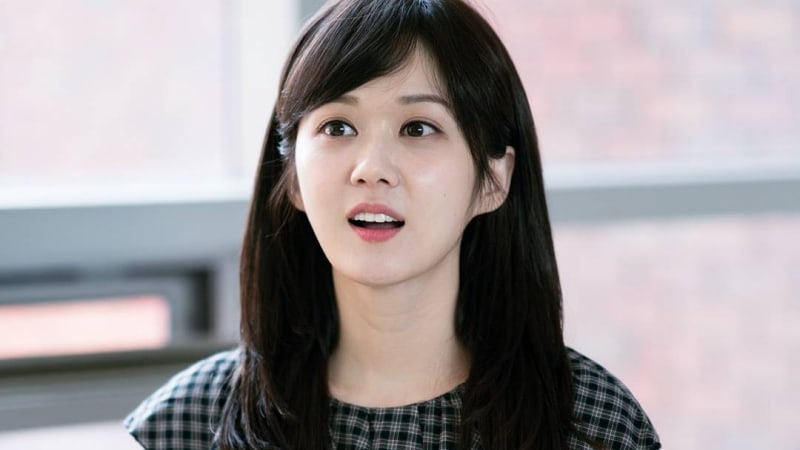 Jang Nara Opens Up About The Success Of “Go Back Couple”

Jang Nara recently starred in the KBS2 drama “Go Back Couple” as a mother, wife, and daughter who got to timeslip back to her college years to live out her glory days one more time.

Although Jang Nara has been acting for 17 years, she chose “Go Back Couple” as her life’s best work and listed the outstanding script, hard-working staff, and close-knit cast as some of her reasons.

Jang Nara said, “The emotions I felt while acting disappear after filming and don’t linger. Perhaps it’s because my life isn’t fun and I don’t want to compare my life to my character’s. However, after ‘Go Back Couple’ ended, I suffered for a few days. Many fans talked about an extension, but I think I would’ve been upset even if we did 20 episodes.”

Her character, Ma Jin Joo, drew sympathy and tears from viewers who drew parallels with the exhausted mom of a young daughter, sad wife of a busy husband, and lonely daughter whose mom passed away.

The actress stated, “I feel thankful when I hear that people were consoled and sympathized with the drama,” and revealed she talked a lot with the director and read parenting message boards to draw inspiration for her character.

Although “Go Back Couple” was described as a “variety drama,” the second half of its run made viewers cry as Ma Jin Joo went back in time and got to spend time with her mom, who passed away in present-time, and missed her baby daughter, as she time-slipped into the past.

“Everything was perfect about the scene where Jin Joo cries and takes a photo of a baby’s feet on the bus. She’s a mom who misses her baby, and Nam Gil (Jang Ki Yong) is understanding of her. However, I was feeling stressed due to personal matters and couldn’t focus. The director said to me, ‘I trust you so please trust me.’ When I watched that scene, I saw that he had kept his promise. I cried while filming and cried while watching. Oddly enough, I am very lucky in meeting a great cast and staff,” revealed Jang Nara.

Despite being in the industry for almost two decades, the actress also shared that acting is still difficult for her. “I still don’t think I know what acting is,” and explained, “Every time I start a line, it feels like the first time. The entire time I’m saying my line, I feel like my heart is going to burst.”

Jang Nara described herself as “a boring, average person” who only becomes special when she works. As for the kind of actress she wants to become, she stated, “I want to continue giving happiness, consolation, and sympathy.”

Jang Nara
Go Back Couple
How does this article make you feel?