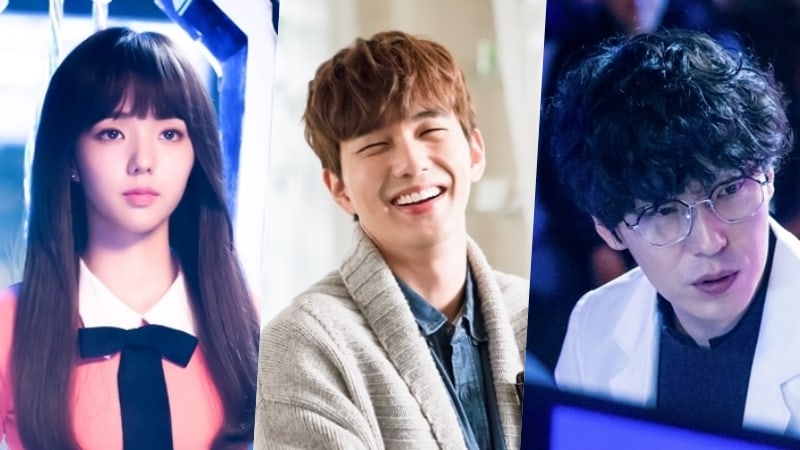 MBC’s newest Wednesday-Thursday drama “I Am Not a Robot” has one week left before it airs its first episode! Ahead of its premiere, here are some keywords to keep in mind before you write it off as another romantic comedy.

“I Am Not a Robot” is about a man named Kim Min Kyu (Yoo Seung Ho), who has never dated because of his allergic reaction to humans; a woman named Jo Ji Ah (Chae Soo Bin), who pretends to be a robot; and a genius with a doctorate in robots engineering named Hong Baek Gyun (Uhm Ki Joon), who creates a humanoid robot named Ah Ji 3 (also played by Chae Soo Bin).

First, many people may think of “Iron Man” or “Transformers” when thinking about a robot. However, in “I Am Not a Robot” humanoid robot Ah Ji 3 is made to replicate a human and is programmed to understand humans. Ah Ji 3 deviates from the clunky, metal computers from past dramas and presents viewers with a humanoid with artificial intelligence.

Second, “I Am Not a Robot” is not another romantic comedy where a man and a woman fall in love. This goes beyond the cliché storyline and tries to show the humane process of getting to know people and learning about love. This will be shown especially through Kim Min Kyu, who has built walls against other humans in the past, but heals and grows after meeting Ah Ji 3.

Third, this upcoming MBC drama challenges the paradigms of romantic comedy by throwing robots into the mix. Viewers may feel that robots do not match well with romantic comedy, but when combined, the two present a refreshing change to the much-loved genre.

The drama is produced by director Jung Dae Yoon of “She Was Pretty” and written by Kim Sun Mi and Lee Suk Joon of “Shine or Go Crazy.”

Soompi Spotlight
Chae Soo Bin
Uhm Ki Joon
Yoo Seung Ho
I Am Not A Robot
How does this article make you feel?