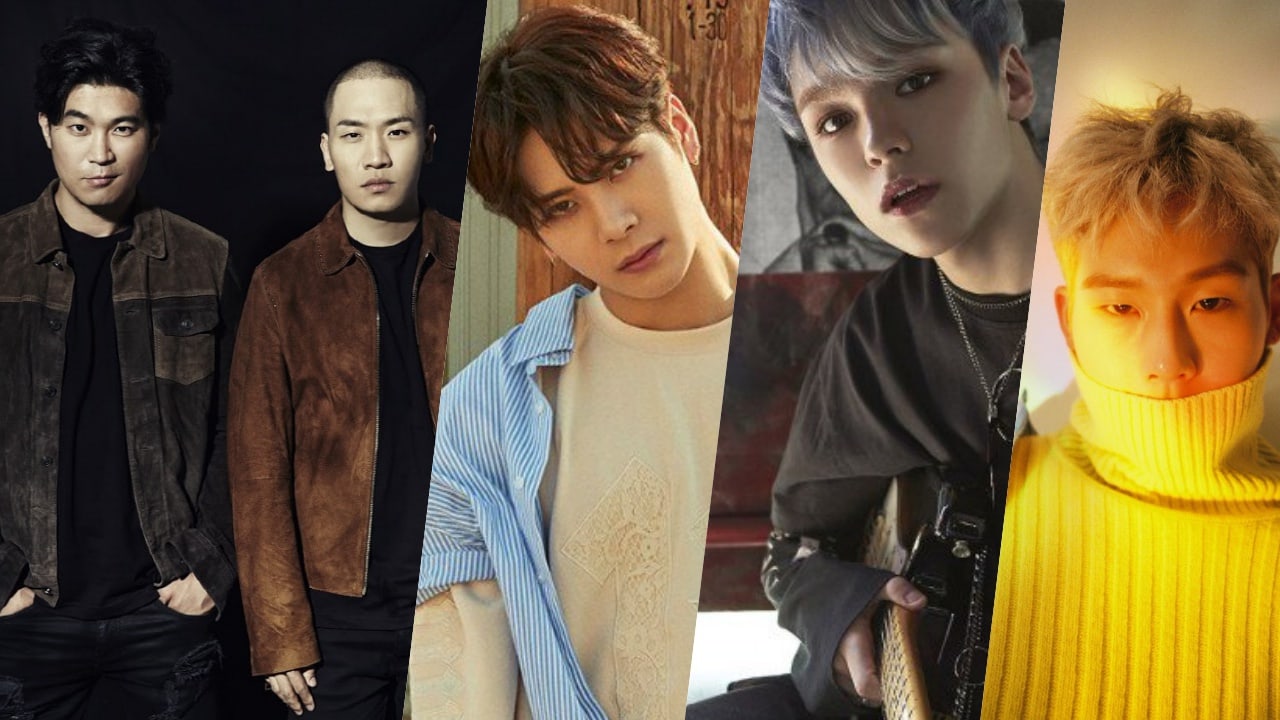 It is being reported that GOT7’s Jackson and SEVENTEEN’s Vernon will be joining MONSTA X’s Jooheon in a special collaboration with Dynamic Duo at the 2017 MAMA!

Jackson has been impressing as both a member of GOT7 and a solo artist, and his new recent solo Chinese album has been praised for showcasing his unique color as a solo artist. Vernon is a member of SEVENTEEN’s hip hop team and recently wowed with “Trauma,” while Jooheon centers MONSTA X with his powerful rapping.

All three have made their mark as rappers in their respective groups, and they are set to put on a powerful and charismatic performance with their seniors, Dynamic Duo. They are said to have prepared a stage that befits this year’s MAMA theme, “Coexistence.”

The idol who will be collaborating with Dynamic Duo has reportedly been revealed!

According to an industry source, the hip hop duo will be performing with MONSTA X’s Jooheon at the 2017 Mnet Asian Music Awards (2017 MAMA) in Hong Kong on December 1.

Other reported special performances include EXO’s Chanyeol, Soyou, and Ailee performing their respective “Goblin” OSTs, a Red Velvet and NCT 127 collaboration, a special stage prepared by Wanna One that ties into their “Beautiful” music video, and a dance performance featuring Sunmi and SHINee’s Taemin.