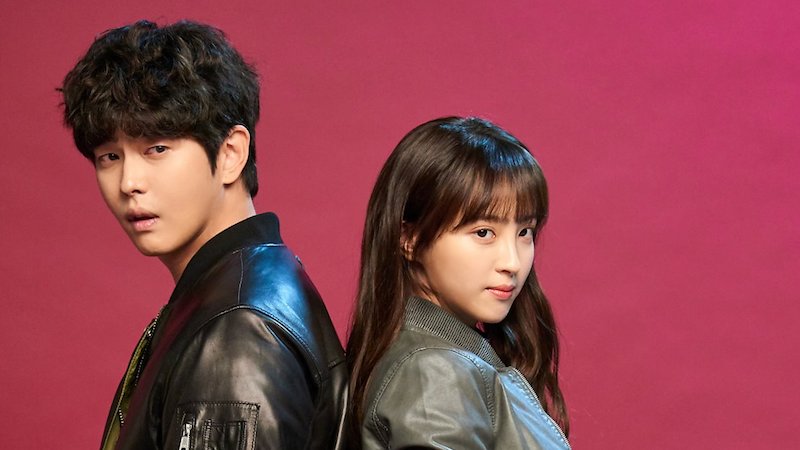 First Impressions: “Oh, The Mysterious” Is An Action-Packed Story Of An Unlikely Hero

We are at the tail-end of 2017, and it seems like the cop/crime genre in dramas is getting stronger than ever. We are seeing all kinds of (anti) heroes so far: from a ruthless grim reaper in “Black,” a detective possessed by a con man in “Two Cops,” and now, the last person you would think of fighting the bad guys is stepping up — a prisoner on death row. “Oh, the Mysterious” is a heart-racing police drama that is sort of like a modern-day Cinderella, but instead of rushing home before midnight, an oppressed prisoner goes out to save the world before the clock strikes at 9pm, when the prison guards do their routine roll call. 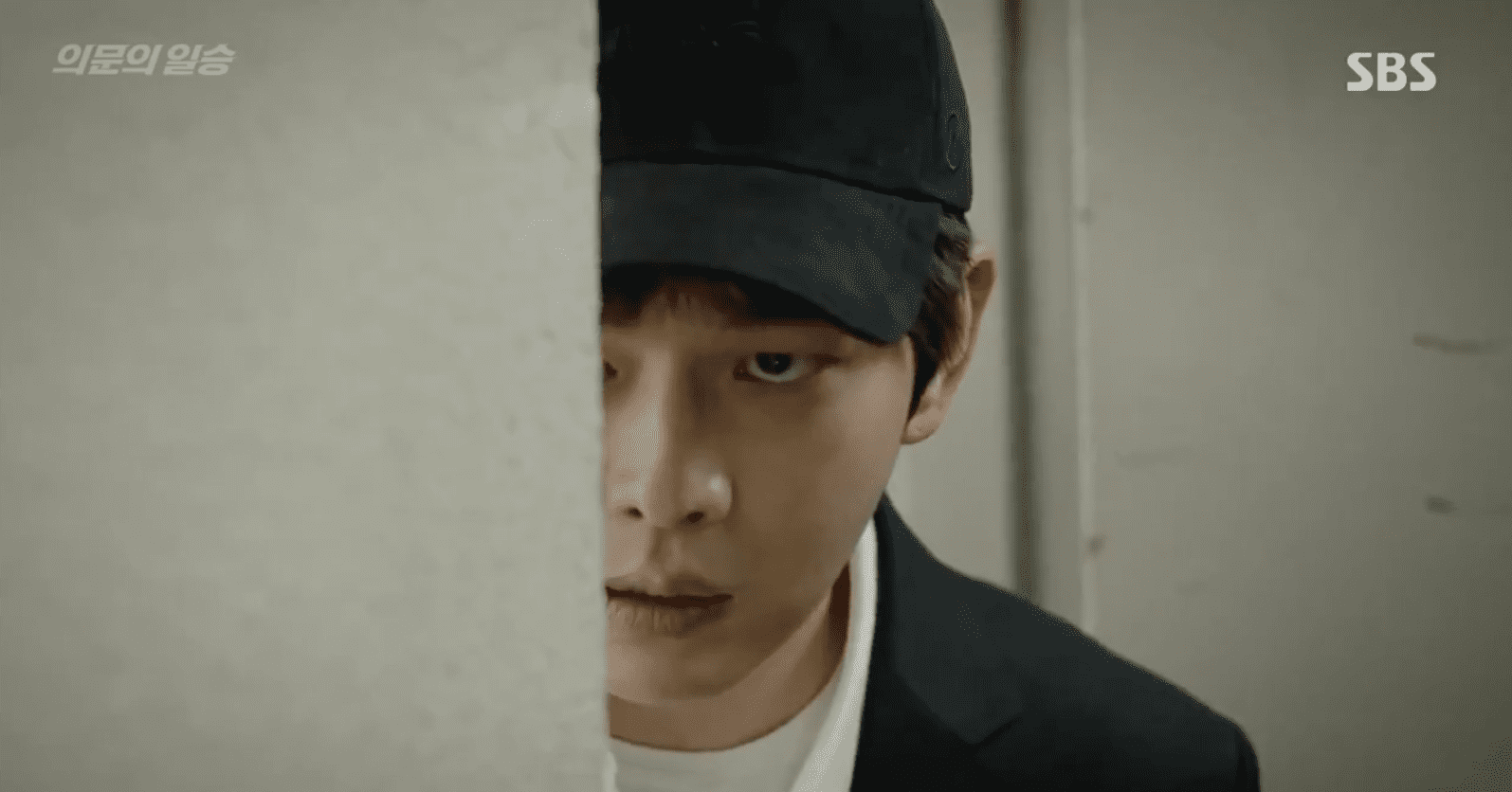 The very first scene is a preview of what we’ll probably see most in the drama: a lot of chase. Oh Il Seung (Yoon Kyun Sang) is driving a beat-up car while speeding up an abandoned highway, with two men tailing him. He’s hanging a police detective’s ID on his rearview mirror, only it’s not his; it belongs to someone whose identity he stole. He narrowly escapes the men, but his car is breaking down, and something — what looks like a body — is keeping the trunk from closing.

Il Seung manages to slip into a train station, where he changes clothes. He then makes a call to the police, claiming that he is about to abduct someone. He seems to be urgently looking for someone, and time is running out. At this point, the two men have tracked his whereabouts, following the directions of a mysterious woman; Il Seung appears to be involved in something big, with his existence threatening the power of an elite group.

In the next scene, we see Jin Jin Young (Jung Hye Sung), a badass female cop, leading her team on a drug bust. Despite her efforts, the chief decides to give recognition to another cop, demeaning her position in the workplace. Her team then receives the call about Il Seung kidnapping someone, and all of them go out on a hunt for this man.

As Il Seung is about to approach his target for abduction, Cha Eun Bi (Kim Da Ye), Jin Jin Young is able to stop him. However, Il Seung makes a run for it. When Eun Bi is asked if she saw the culprit, she can only remember that he sounded calm and nice, and that she felt like he was urgently trying to tell her something. The police then identify the self-proclaimed kidnapper as an inmate on death row.

In truth, Il Seung is actually a good-natured prisoner who was framed on murder charges when he was only 15 years old. But behind his infectious smile lurks a hidden agenda. He somehow finds a way to slip out of prison and tries to take down real criminals all before his curfew.

Yoon Kyun Sang is no stranger to playing rebel roles. As Hong Gil Dong in “Rebel: Thief Who Stole the People,” he was able to prove that he is worthy of leading a drama. His character in “Oh, the Msterious,” Il Seung, is a well-liked prisoner in his group. He and his best friend in prison both have a clean record and good reputation. Both of them were framed into doing crimes they didn’t commit, and spent their youths in incarceration.

From the get-go, you can sense that Il Seung is a good guy, despite the initial scenes that led viewers to think that he was some kind of creep trying to abduct a girl. He’s a man on a mission, though he has yet to show whether he plans to solve his own case or not. On a side note, his name Il Seung also means “one victory,” which is quite ironic because he spent most of his life in misery. But that little detail gives us a sense of hope that he will, in time, be able to live the life he deserves.

As an actor, Yoon Kyun Sang’s genuine acting will pull you in, and it’s refreshing to see him in an intense action role instead of the quiet, brooding ones he used to play. It will be fun to watch how he uses his “prison knowledge” to solve crimes; after all, he eats, sleeps, and interacts with people who broke the law. It takes one to know one, as they say, and he has acquired a skill that the other detectives may not have mastered fully in school and experience — how to read the minds of criminals. 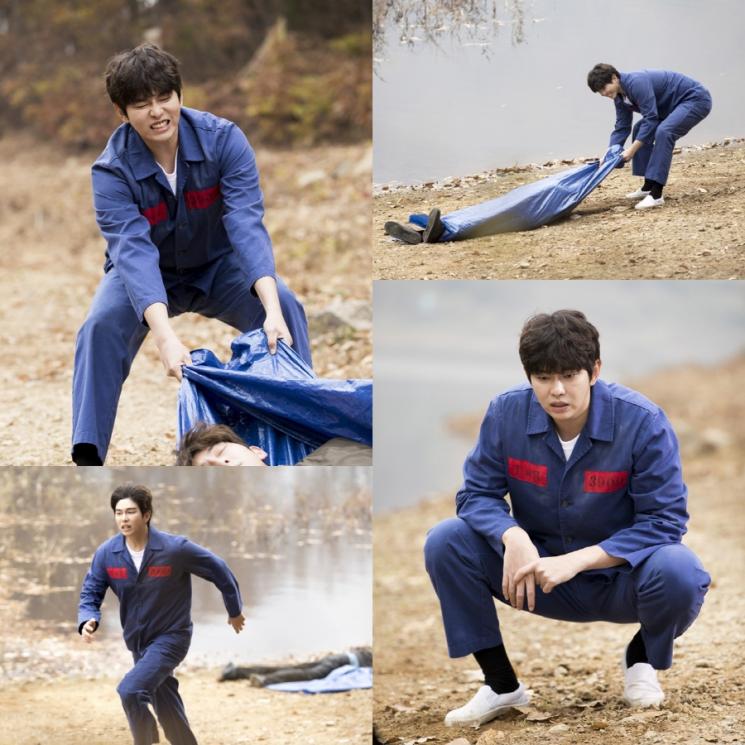 Jung Hye Sung finally gets her time in the spotlight as one of the leads in this drama. She is known to excel in comedies, as she has wit and a great sense of timing, and it seems like she’s bringing the same character as Jin Jin Young. It is not revealed yet whether or not there will be a love line between her and Il Seung, but from their character histories, we see that they had some kind of connection when they were young.

It’s always great to watch a strong female character, especially in police dramas, and Jin Young has shown that she can be on the same level, if not higher, than the men, whether among the police officers or criminals. Of course, she also has some blunders of her own, and she’ll be the one who will brighten the otherwise dark premise of the drama. 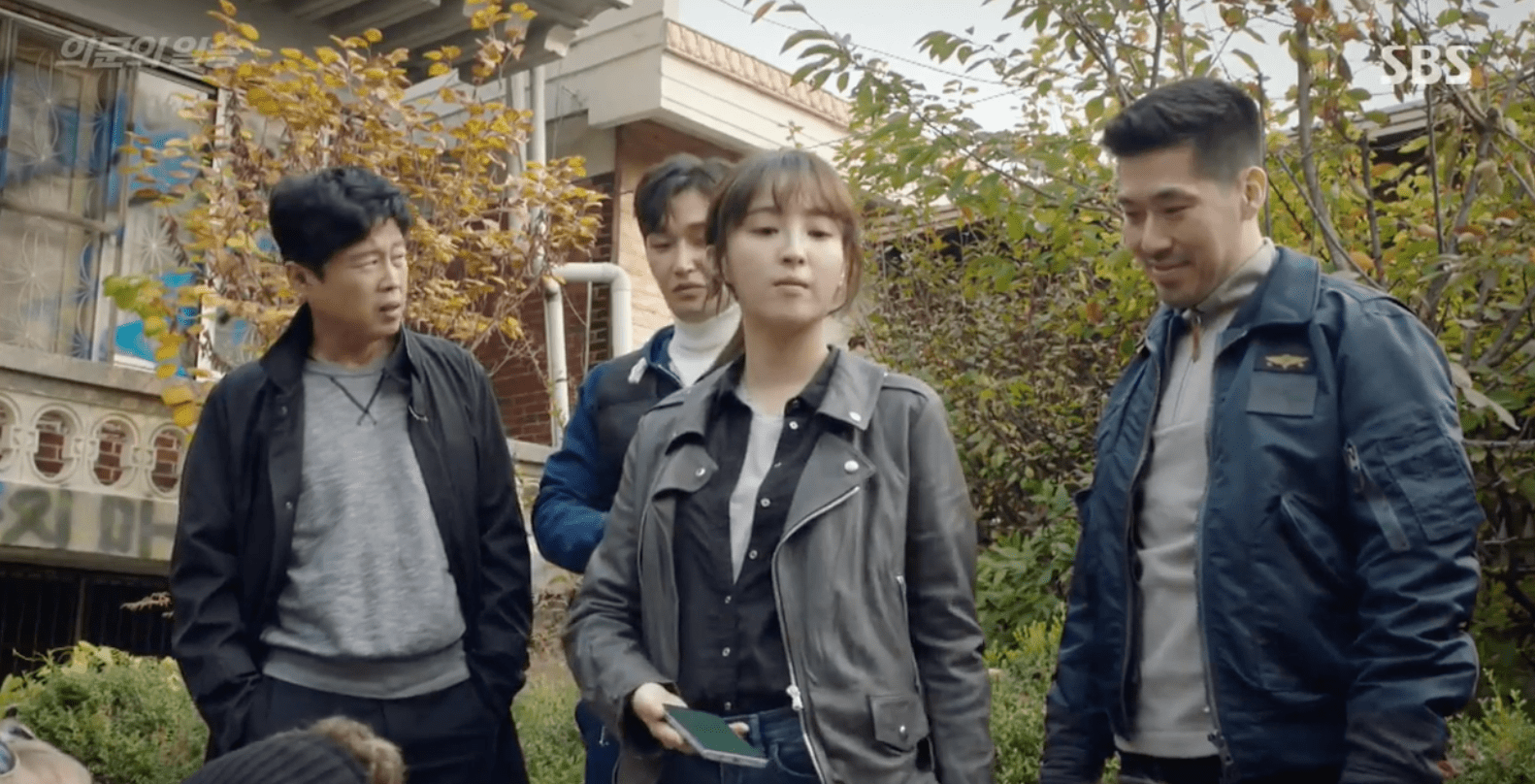 Veteran actor Kim Hee Won plays the chief police detective in this drama, and it’s quite refreshing to see him in a role other than a gangster. His character is the typical annoying boss who nags a lot, but he works hard and shows passion when it comes to saving victims.

He is joined by other recognizable actors, namely, Choi Won Young and Yoon Yoo Sun. Yoon Chan Young plays the younger Il Seung, while Shin Ji Yoon is the younger Jin Jin Young. Both child actors are a delight to watch, as they added warmth and bittersweet feelings to Il Seung’s childhood story. 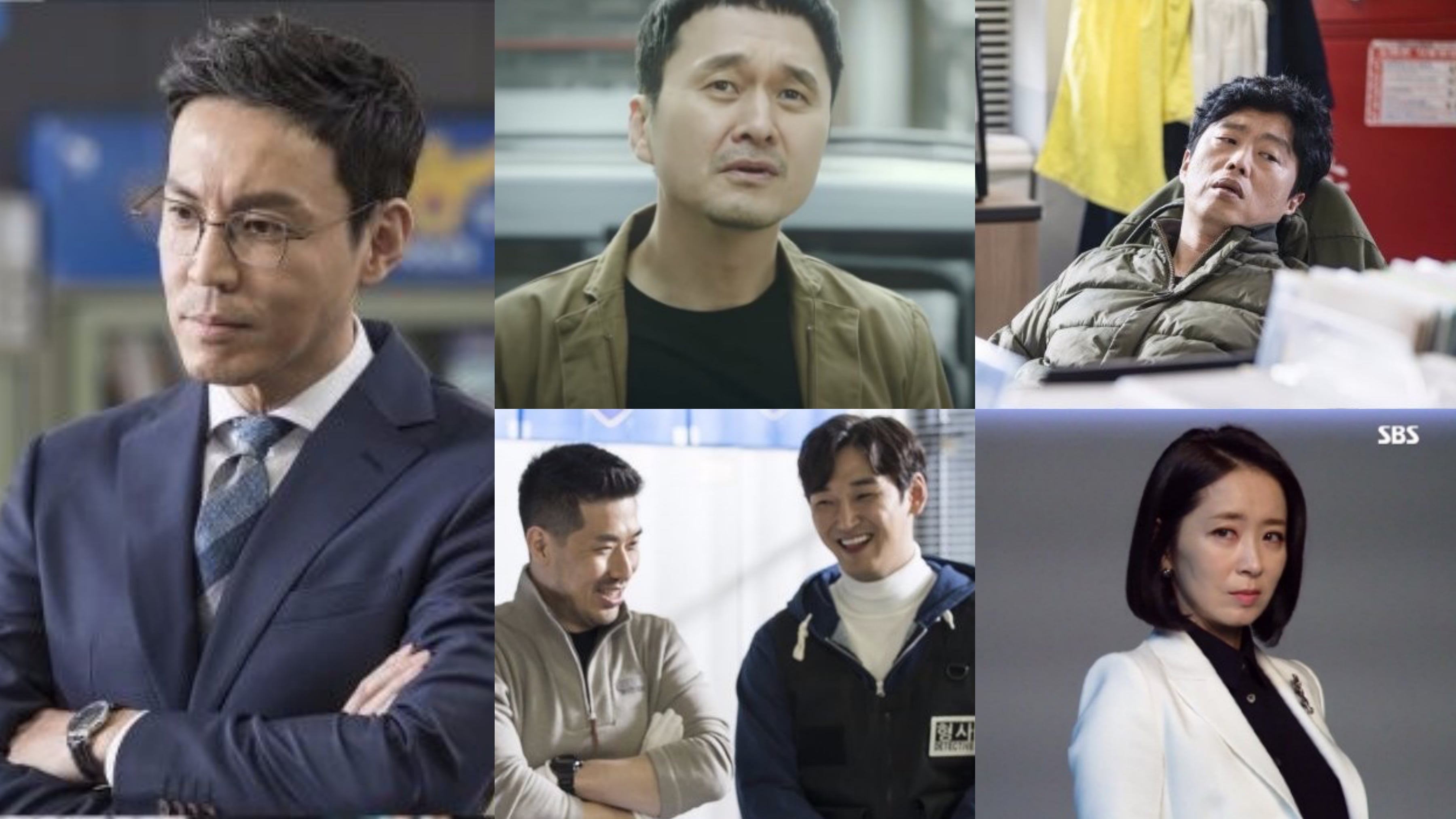 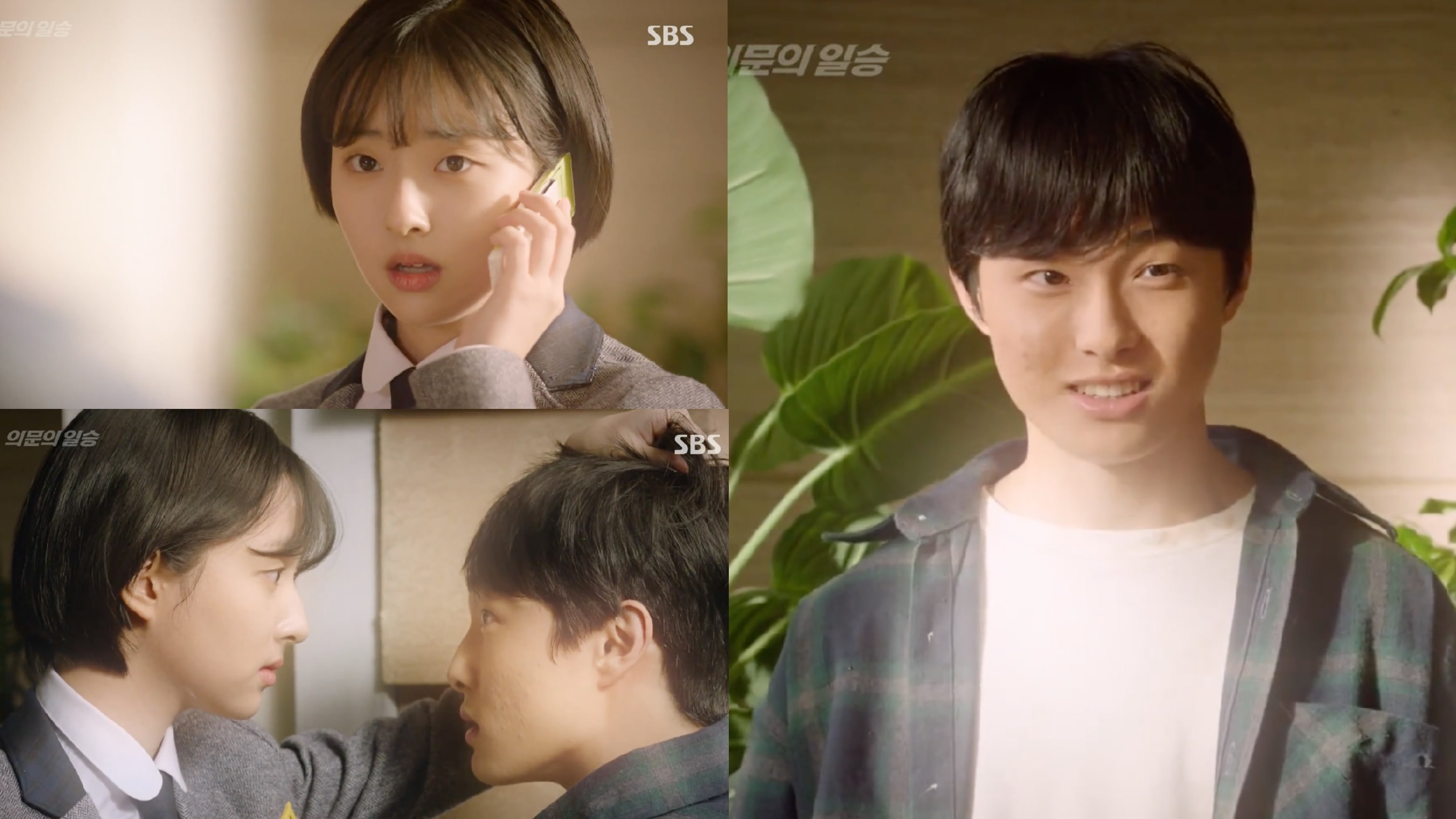 “Oh,the Mysterious” is airing at the same time as “Prison Playbook” and “Two Cops,” and both are definitely tough competition. But even though the drama arguably does not have big names other than the leads in the cast, it just might prove itself to be the underdog to watch for. From the looks of it, the drama may be showcasing a lot of action, but it draws its strength from heartwarming stories of the lead and the individuals he is trying to save.

The initial concept also takes on quite a big topic. How can one person who grew up hating the law help bring people to justice? Can he be accounted for breaking the law (when he breaks out of prison and assumes another identity) even though he does it for the greater good?

The drama comes from a very solid team — PD Shin Kyung Soo of “Six Flying Dragons” and writer Lee Hyun Joo of “Pride and Prejudice” and “School 2013” — and this fact in itself is something to be excited about. Both the PD and writer have brought stories about fighting for justice and challenging the norms of society, and it will be interesting to see how this drama will put a twist on the dynamic push and pull between good and evil. 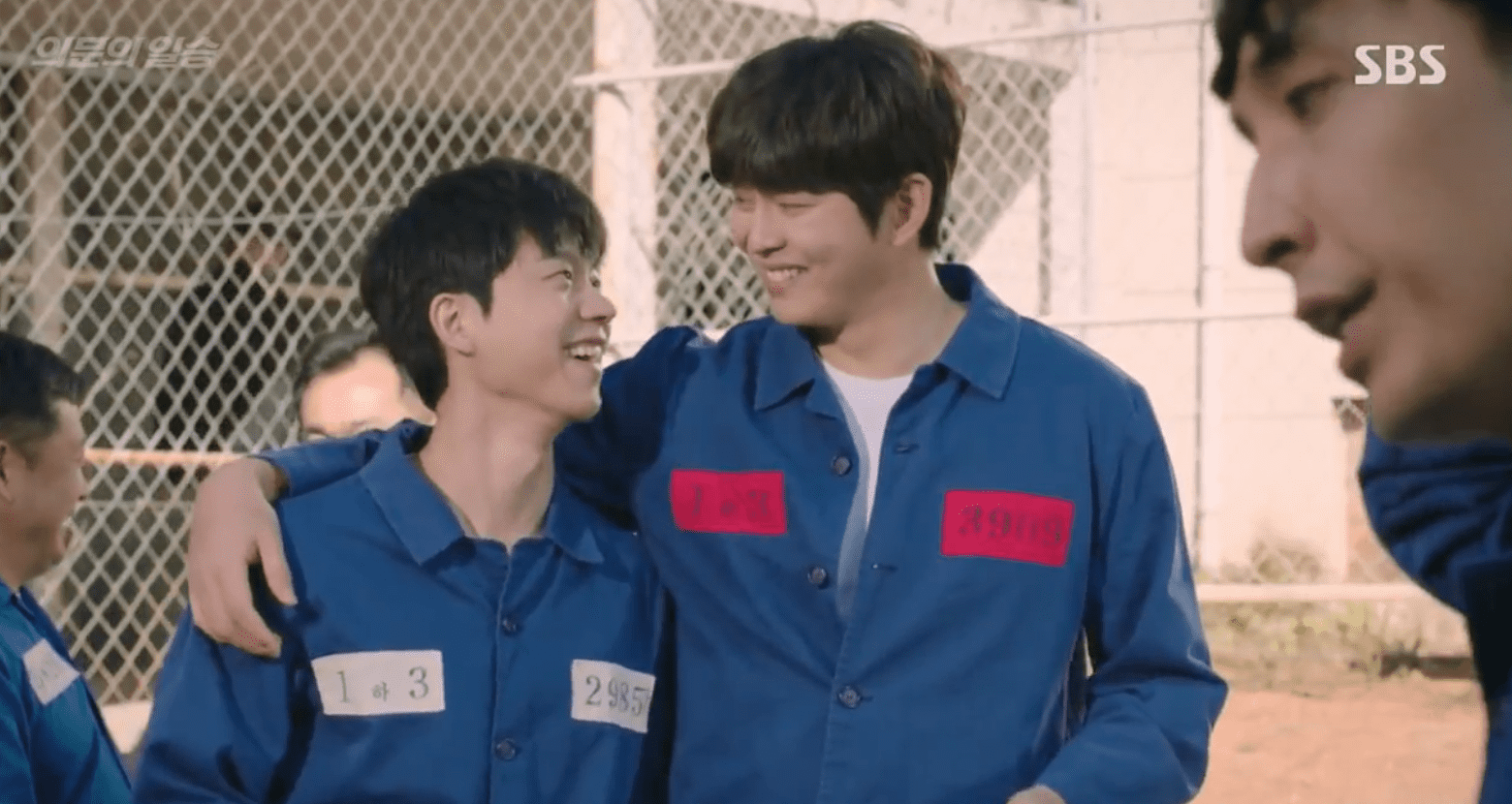