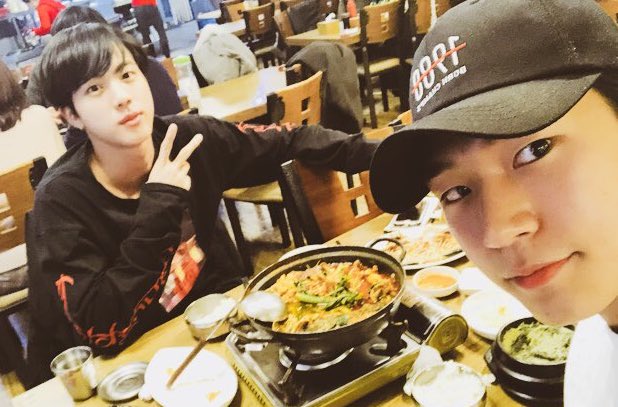 KNK’s Seungjun and BTS’s Jin recently got to reunite to have a meal together!

On November 30, Seungjun posted a photo to KNK’s Twitter of himself eating out with Jin. He told fans to stay warm in the colder weather and mentioned the KNK members who are currently appearing on “MIXNINE,” thanked everyone and shared his love, and included a link to a video of him performing on the show. He also thanked Jin for the meal and added, “I love you.”

Seungjun used to train with the guys of BTS at BigHit Entertainment, and this isn’t the first time that Seungjun and Jin have showed their friendship on Twitter. The friends’ past posts include a photo that Jin shared on BTS’s Twitter in February of 2016 from when he went to KNK’s debut showcase to support him.

BTS
KNK
Jin
Seungjun
How does this article make you feel?