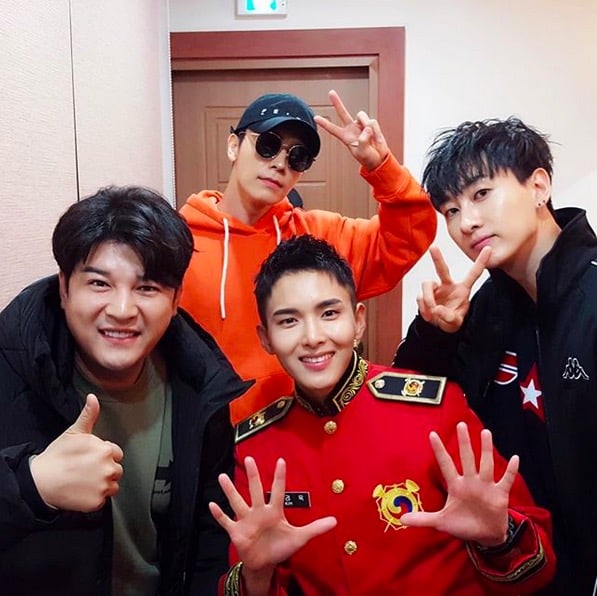 Some of the guys of Super Junior went to support Ryeowook at a concert during his time in the military!

Ryeowook enlisted in the army for his mandatory service last fall, and has been serving as a member of a military band. On November 30, Ryeowook’s band held a concert in the county of Jeungpyeong, and Donghae and Eunhyuk joined him on stage to perform, while Shindong also came to show his support.

The official Super Junior Instagram shared a photo of the four members, and said the guys were excited to be together again for the first time in a while. Eunhyuk also posted the photo on his own Instagram and told Ryeowook in the caption that he’d been missing him.

Super Junior recently released their eighth album “PLAY” for their 12th anniversary. Although Ryeowook’s been away in the army, he lent his voice to a special song in their new version of the album, along with his Super Junior-KRY unit members Kyuhyun and Yesung.

Super Junior
Donghae
Eunhyuk
Ryeowook
Shindong
How does this article make you feel?