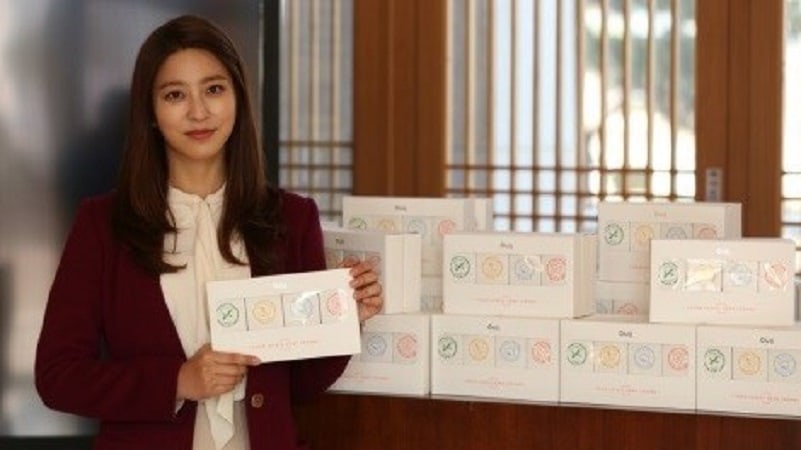 Actress Park Se Young delivered a surprise gift to all the staff of her drama “Money Flower.”

According to sources from the drama, Park Se Young gifted hand cream sets to the entire staff of MBC weekend drama “Money Flower,” who had been up filming all night, on November 28.

Park Se Young arranged this surprise event for the staff at the drama’s filming site in Incheon. The actress shared, “I wanted to show my thanks and support for my ‘Money Flower’ family who have been continuously filming without any breaks in their schedules.”

The “Money Flower” staff said, “During filming, [Park Se Young] never loses her laughter and always leads the atmosphere with her bright energy, and [her surprise event] was a time that encouraged the staff, who have been worn out from the busy filming schedule.”

“Money Flower” gained a lot of interest from its first episode and has taken first place in its time slot with its unexpected stories and quick and clever plot twists.

Park Se Young is currently starring in “Money Flower” with Jang Hyuk, and is receiving positive reviews for her portrayal of middle school teacher and environmental activist Na Mo Hyun.

Park Se Young
Money Flower
How does this article make you feel?