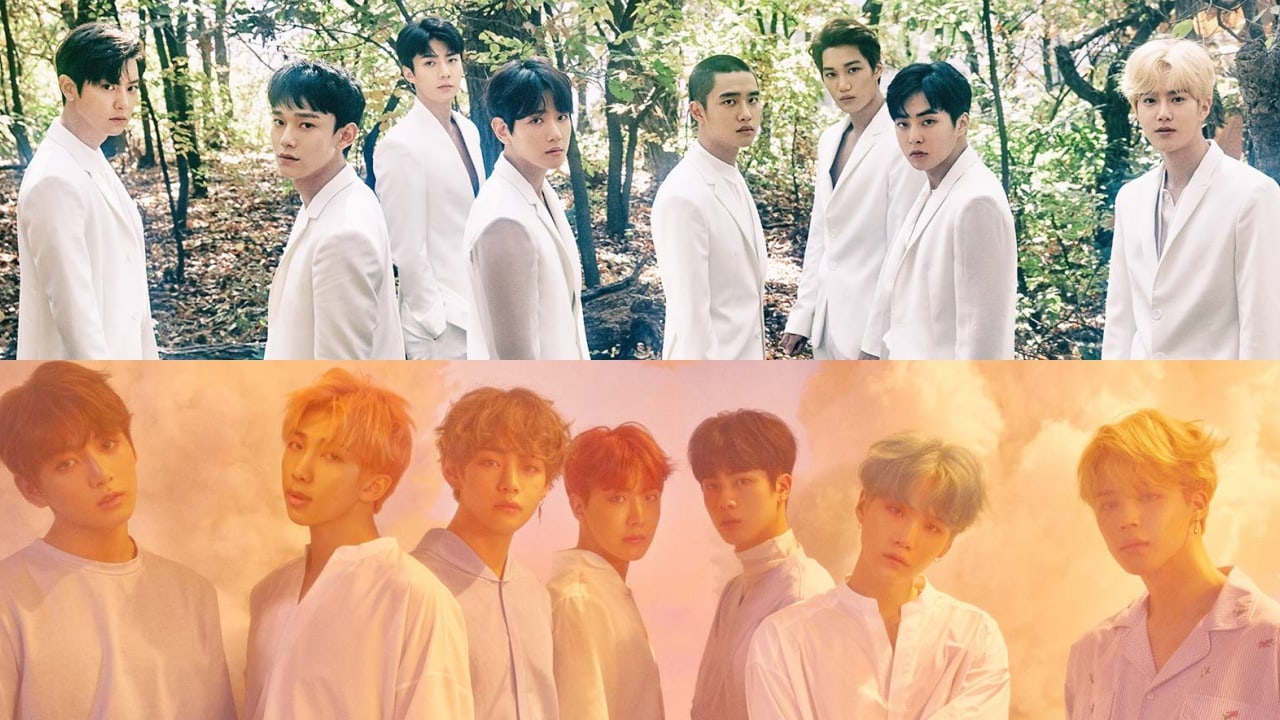 The 2017 Mnet Asia Music Awards (MAMA) is holding its final event on December 1, and top male idol groups EXO and BTS are both said to be preparing unforgettable performances!

2017 MAMA first kicked off in Vietnam on November 25 and then was held in Japan on November 29. The final leg of the event will be held tonight in Hong Kong at the Asia Expo Arena, and it’s set to be an amazing night with collaboration stages and individual performances by the attending singers.

EXO has been holding impactful performances at MAMA every year and this year will be no different. They are said to have prepared a performance with the three keywords “Exotic,” “Xiumin,” and “Original,” and anticipation is high with the members announcing in their teaser video that, “We plan to showcase a performance that reflects our unique color as EXO.” The group plans to take their performance to the next level by incorporating cutting-edge technology to their upcoming stage. Member Kai is also reportedly planning a solo performance as well, much to the excitement of EXO fans.

BTS is also set to wow at 2017 MAMA. The two keywords for them are “New look” and “Remix,” and they hinted at an awe-inspiring stage that fits the scale and grandeur of 2017 MAMA in their teaser video. The group is set to bring their signature energy to the stage, and they will definitely live up to their fans’ high expectations. With BTS connecting with fans from all over the world with their music and performances, it will be interesting to see what kind of stage the group has prepared that fits with this year’s theme, “Coexistence.”

Both groups are at the top of their game and well-known for their powerful performances, so the night is set to be an unforgettable one as they take to the stage. Fans will be able to catch both EXO and BTS at the red carpet event at 6 p.m. KST and at the official ceremony at 8 p.m. KST for 2017 MAMA in Hong Kong.

EXO
BTS
2017 MAMA
How does this article make you feel?