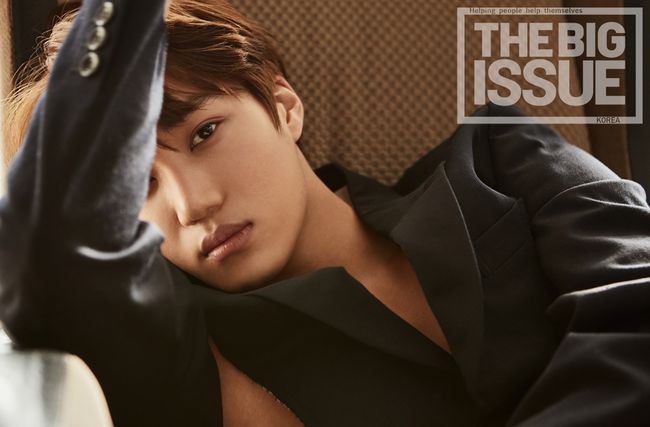 The Big Issue is a cultural and entertainment street magazine that aids the homeless or those at risk of homelessness by helping them earn legitimate income with half of magazine sales going directly to them. In addition to its homeground in the United Kingdom, 10 other countries, including South Korea, Australia, Japan, and Taiwan, run a domestic The Big Issue magazine.

Notably, The Big Issue Korea revealed that Kai had readily agreed to be the cover model for its latest issue for free.

In the accompanying interview, the EXO member explained his choice to model without payment, saying, “I think The Big Issue is a magazine that brings many people happiness. It gives someone a stepping stone that says, ‘You should also be happy from now on.’ That in and of itself is very meaningful.”

When asked about his fellow members, Kai shared how their relationship feels so natural these days that he can’t think of another way to describe it. He expressed, “Most people know how precious they are [to me] even if I don’t say anything out loud. We were able to meet, and we’ve become [who we are today]. They’re good, genuine people.” 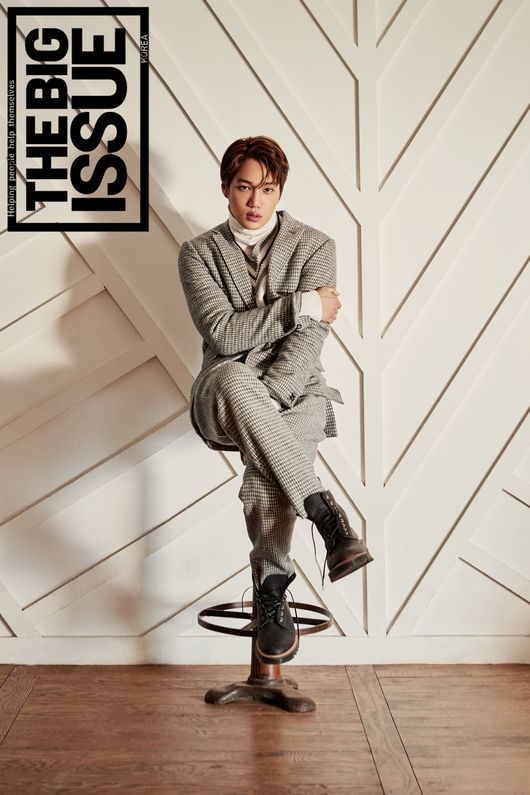 Kai is currently starring in the pre-produced KBS1 drama “Andante,” and touched upon the positive response he’s been receiving for his acting.

“I was happy while portraying my character, and I’m glad whenever I see how people are reacting to him. It makes me really happy,” the idol commented. “If given the opportunity, I want to try any production and any type of character.”

The rest of Kai’s photo shoot and interview can be found in the December issue of The Big Issue magazine, which will also include interviews with actress Kim Sae Byuk, a photo shoot with CNBLUE’s Lee Jung Shin, and more.

SM Entertainment and The Big Issue Korea magazine also released additional clips and photos from the day of the shoot in days prior, which you can check out below.

EXO
Kai
Big Issue
How does this article make you feel?