Yoon Kyun Sang Awkwardly Settles Into His New Home In Stills For “Oh, The Mysterious”

“Oh, the Mysterious” has released new stills that show Yoon Kyun Sang trying to adjust to life after becoming a fake detective. SBS’s new Monday-Tuesday drama has already captivated viewers in just four episodes with its interesting storyline and characters.

At the end of episode four, death row inmate Kim Jong Sam (played by Yoon Kyun Sang) finds out that his identity has been changed to Oh Il Seung without his knowledge and he is now known as a detective. The ending left viewers with so many questions. How will Kim Jong Sam keep up the guise of being a detective? Who changed his identity? As there are so many questions yet unanswered, a tense feeling permeates the drama as viewers don’t known when or if Kim Jong Sam’s true identity will be revealed.

The new stills may be the beginning of unravelling the mystery. Kim Jong Sam can be seen entering a home, looking awkward at first as he enters an unfamiliar space. However, he quickly adjusts to life in the new house, wearing comfortable clothes and walking around like he’d always been there. What’s interesting is that the house looks like it had been occupied till fairly recently. It remains to be seen where exactly Kim Jong Sam is, and how he ended up living in the house. 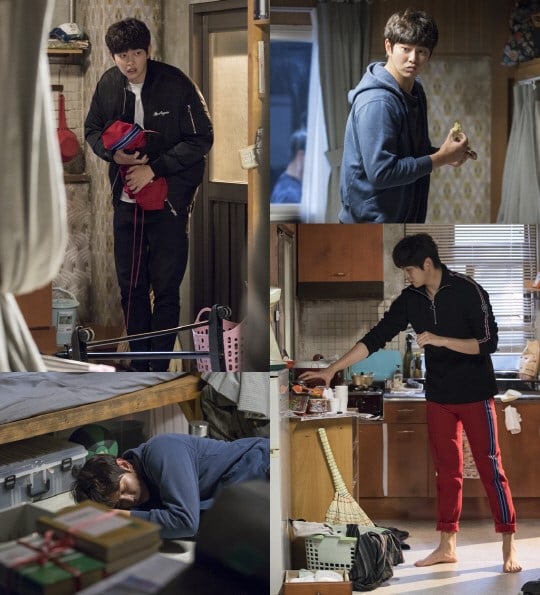 The staff of “Oh, the Mysterious” said, “This will be the beginning of the second chapter of Kim Jong Sam’s life. Though he has been given this opportunity to start afresh, the process of maintaining his identity as detective Oh Il Seung will not be easy. Kim Jong Sam’s struggles to maintain an identity that has been thrust on him will hopefully be an interesting and engaging story.”

“Oh, the Mysterious” is the story of a man who goes from a death row inmate to a fake detective and fights against the evils of society. The show airs every Monday and Tuesday at 10 p.m. KST. Watch the latest episode below!