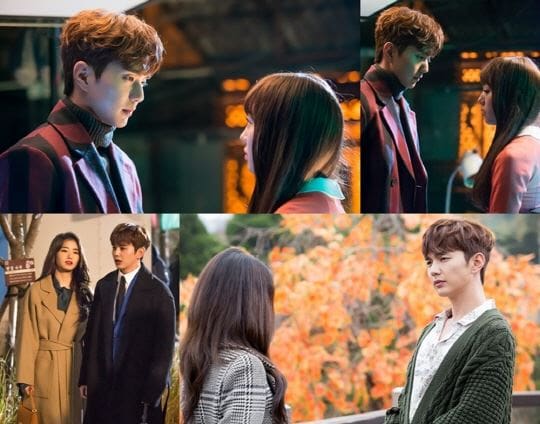 Yoo Seung Ho is drawing attention for his amazing chemistry with his co-stars of MBC’s upcoming drama “I Am Not a Robot.”

The actor’s chemistry instinct was maximized when he played opposite of Chae Soo Bin, the lead female of the drama who plays young entrepreneur Jo Ji Ah and humanoid robot Ah Ji 3. The meeting of Chae Soo Bin and Yoo Seung Ho showed off very different charms from their previously portrayed seriousness. Their good looks that look like they just stepped out of a romantic manga adds onto the viewers’ anticipation for their romantic comedy acting.

Yoo Seung Ho was also spotted having great chemistry with Hwang Seung Eon who plays his first love Ye Ri El. Their chemistry was created from their mature charms, and their glamorous appearances and fancy apparel created a sincere atmosphere between them.

Not only did Yoo Seung Ho show explosive chemistry with the actresses, but he also portrayed bromance with co-star Uhm Ki Joon who plays Hong Baek Gyun, a genius with a doctorate in robotics engineering. These two visually appealing men go back and forth from having a tight war of nerves to being all smiles for each other. Yoo Seung Ho and Uhm Ki Joon will be like Tom and Jerry who are keeping each other in check over robot Ah Ji 3.

The production crew stated, “Yoo Seung Ho showed unique chemistry with his co-actors with his good looks that captures women’s hearts and strong acting skills. Because of his successful ability to have romance [with the actresses] and bromance with Uhm Ki Joon, the staff members gave him the nickname ‘all round actor.'”

“I Am Not a Robot” is a romantic comedy about Kim Min Kyu (Yoo Seung Ho), a perfect man who has everything but has never dated before because of his allergy to humans, and Jo Ji Ah, a woman who has to pretend to be a robot. The first episode of will air on December 6 at 10 p.m. KST.