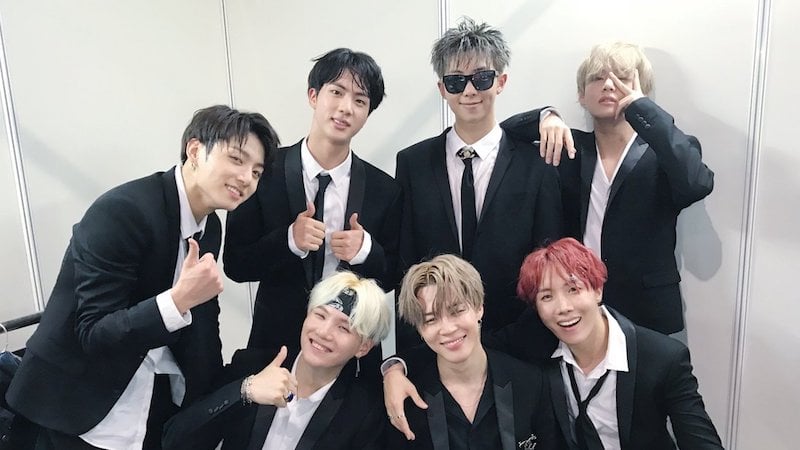 On December 1 local time, the Official Charts updated with rankings for the week from December 1 to 7.

BTS’s “MIC Drop” has grabbed No. 46 on this week’s Official U.K. Singles Chart Top 100, which ranks the biggest songs in the United Kingdom each week based on sales of downloads, CDs, vinyl, and audio streams.

This is BTS’s second track to enter the Official U.K. Singles Chart, following “DNA” which peaked at No. 90.

“MIC Drop” was first released as a song on BTS’s hit mini album “Love Yourself: Her,” and the group released a new remix on November 24 that was produced by DJ Steve Aoki and features rapper Desiigner. The song took No. 1 on the United States iTunes Top Songs chart (as the first track by a K-pop group to achieve the feat) as well as iTunes charts in over sixty regions around the world.