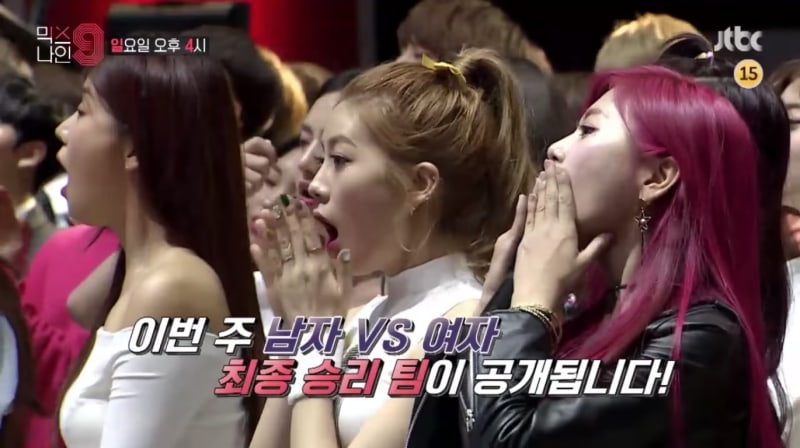 Watch: Trainees Battle For The Positions In Latest “MIXNINE” Preview

JTBC’s “MIXNINE” has released another preview of its upcoming episode, giving viewers a peek at the battle for the center position.

In the clip, tensions are high as male and female trainees prepare for the position battle performances. The instructor watching the male trainees frustratingly comments, “What are you doing? I don’t know what you’re telling me to see.”

The situation isn’t all that different for the female contestants, where they are also getting told by their instructor that they are too weak and not doing enough to beat the boys.

This episode of “MIXNINE” will be an extended episode by 50 minutes showcasing all position battle performances, and will air on Sunday, December 3 at 4 p.m. KST.

Watch the nerve-wracking preview below!