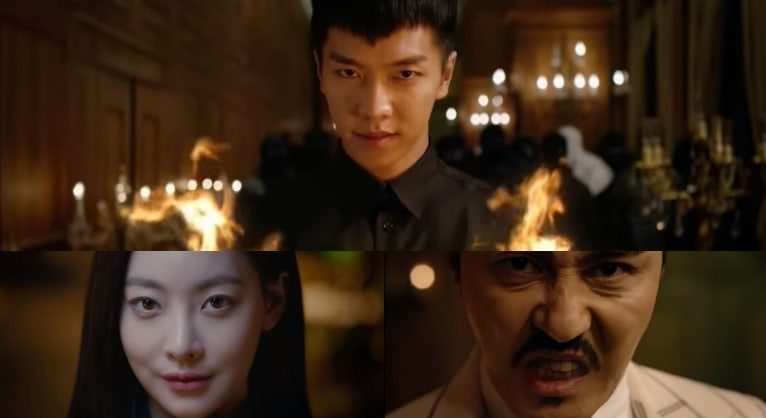 “Hwayugi” is a reinterpretation of the Chinese classic novel “Journey to the West.” Lee Seung Gi will play the rebellious monster Son Oh Gong, while Oh Yeon Seo will play Jin Sun Mi, a human who has the ability to see demons. Cha Seung Won will take on the role of Woo Ma Wang, the god of monsters.

Lee Seung Gi’s teaser video shows him gathering fire in his fists, before turning around and running towards a crowd of demon monsters.

In her teaser video, Oh Yeon Seo says, “I am a human who can see the demons,” as she wields a yellow polka-dotted umbrella with a charm written inside against the demon monsters.

Finally, Cha Seung Won undergoes an evil transformation in his teaser video with his eyes turning black as he stands in front of the demon monsters and asserts himself as the god of the monsters.

The teasers provide a further look at the three main characters and preview the excitement to come. “Hwayugi” will air its first episode on December 23 at 9 p.m. KST.