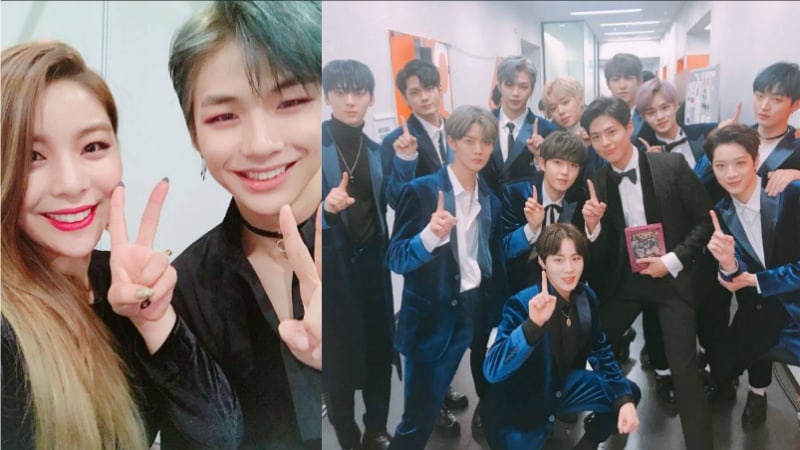 The members of Wanna One got to meet Ailee and actor Park Bo Gum backstage of 2017 Mnet Asian Music Awards (MAMA)!

On December 2, Ailee posted a photo on her personal Instagram, posing with Wanna One member Kang Daniel. She wrote as the caption, “I found my twin brother. #We got surprised at the same time while taking the picture.”

Wanna One also shared a photo alongside the caption, “We were so happy to meet Park Bo Gum at 2017 MAMA in Japan. Thank you so much for liking us! Wanna One is always supporting Park Bo Gum!” The photo shows Park Bo Gum posing with the members while holding up a signed album.

At this year’s MAMA, Ailee took home the crown for Best OST, and Wanna One won awards for Best of Next, Best New Male Artist, and Best Male Group.

Park Bo Gum
Wanna One
Ailee
2017 MAMA
How does this article make you feel?