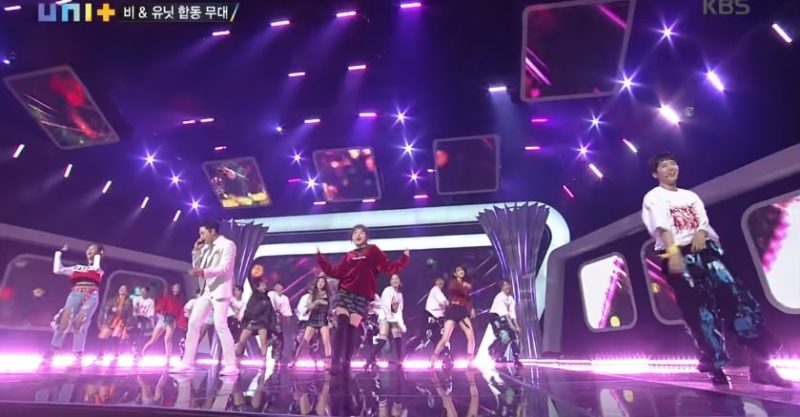 Watch: Winning Teams From “The Unit” Mission Perform With Rain

On December 2, “The Unit” announced the winning teams of the “restart” mission who would receive immunity from the first round of elimination and have a shot at performing with Rain.

Eventually, the Green Team (girls) and the Orange Team (boys) won, and as promised, they were able to perform on stage with their mentor Rain himself.

The songs they performed were Rain’s “Gang” and “Sunshine.” During “Gang,” the Orange Team appears near the end of the song, and they perform powerful moves to the intense beat with Rain.

Contrary to the dark, hip hop atmosphere in “Gang,” the performance for “Sunshine” is bright and cheerful. The boys sang their part with Rain first, and the girls stepped in later in the middle of the song. Towards the end of the song, everyone harmonized together, creating a jovial mood with smiles on their faces.

Check out their collaborations below!

Make sure to catch the latest episode of “The Unit” as well!