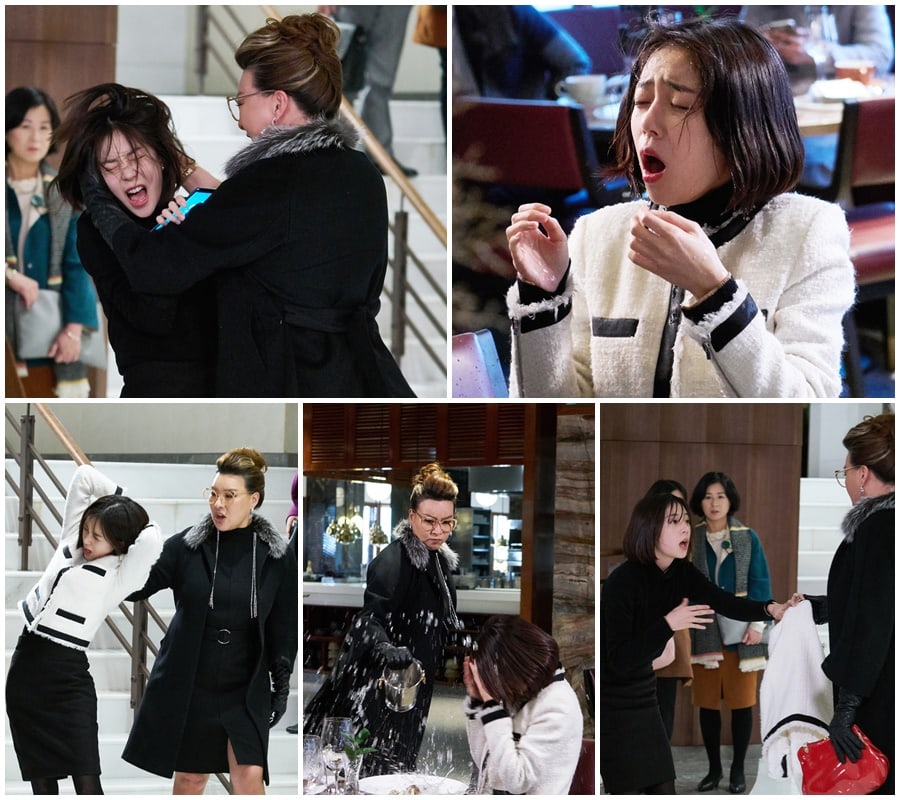 In the drama, Baek Jin Hee plays a Jwa Yoon Yi, a supportive secretary who works hard to be recognized by her boss (Choi Daniel). Her character is expected to be very relatable as an ordinary employee completely at the beck and call of her boss.

In the new stills, however, Baek Jin Hee is publicly humiliated by Jung Young Joo, who physically assaults her and pours water over her at a restaurant. Baek Jin Hee’s dining partner is not seen in the photos, even when Jung Young Joo eventually drags Baek Jin Hee out by her coat.

The scene in question was filmed on November 29 at a hotel in the Gangnam district. Baek Jin Hee and Jung Young Joo had to film the water scene from many different angles and worked with the director Kim Jung Hyun to match their actions, timing, and facial expressions perfectly.

Naturally, the relationship between the actresses was perfectly cordial off-camera, with Baek Jin Hee remaining cheerful throughout the shoot to make sure the older actress was comfortable with the tough scene, and Jung Young Joo making sure to tidy her hair and clothes when the cameras were turned off.

“Jugglers” will premiere on December 4.

Baek Jin Hee
Jugglers
How does this article make you feel?