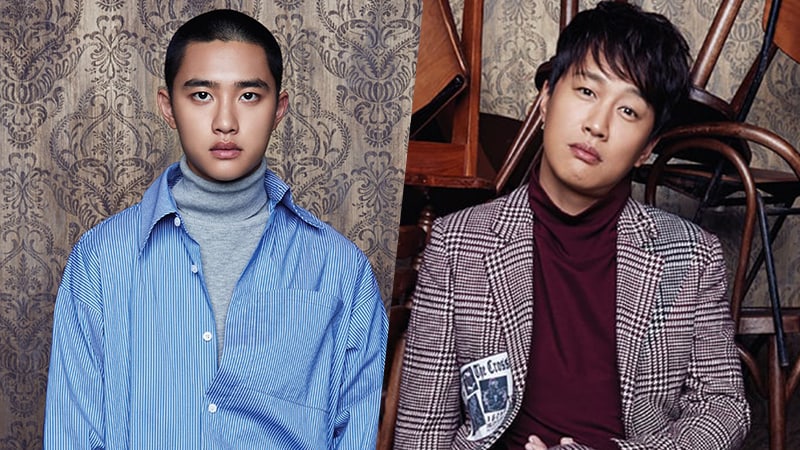 Cast Of “Along With The Gods: The Two Worlds” Reveal What They’d Do With Divine Powers

High Cut magazine held a photo shoot and interviews with the star-studded cast of upcoming film “Along With the Gods: The Two Worlds.” The photo shoot followed the concept of “The Banquet of the Gods” and was a joint collaboration with the film production. 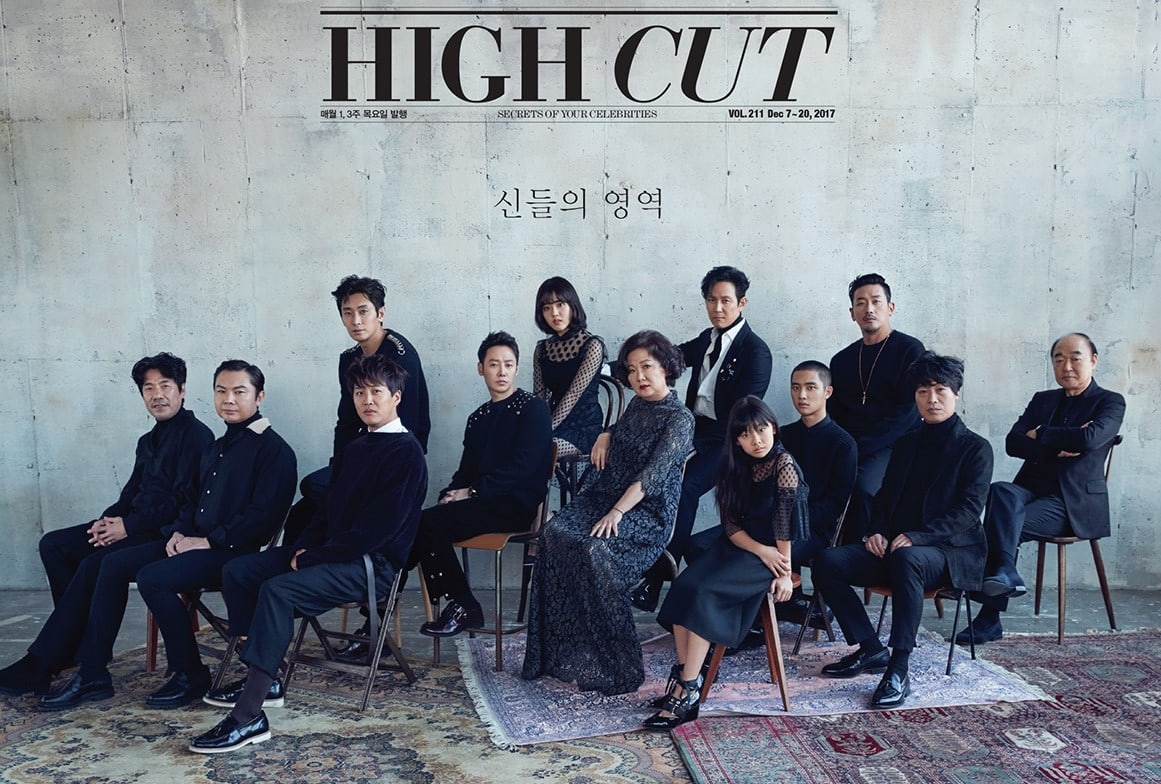 “Along With the Gods: The Two Worlds” is about a man who dies and the grim reaper who helps him post-death, as the man undergoes seven trials over 49 days to determine his place in the afterlife.

Ha Jung Woo, who plays the leader of the grim reapers named Kang Rim, appears regal and proud, yet cold. When asked what sort of heaven he would make if he could create his own, he answered, “I would plant a lot of cypress trees so that there would be a lot of phytoncide. I would also like it if there were bishon frise dogs of every color running around. Fruit trees would also be nice. Macadamia trees would be good too, since we need nuts [in our diet].” 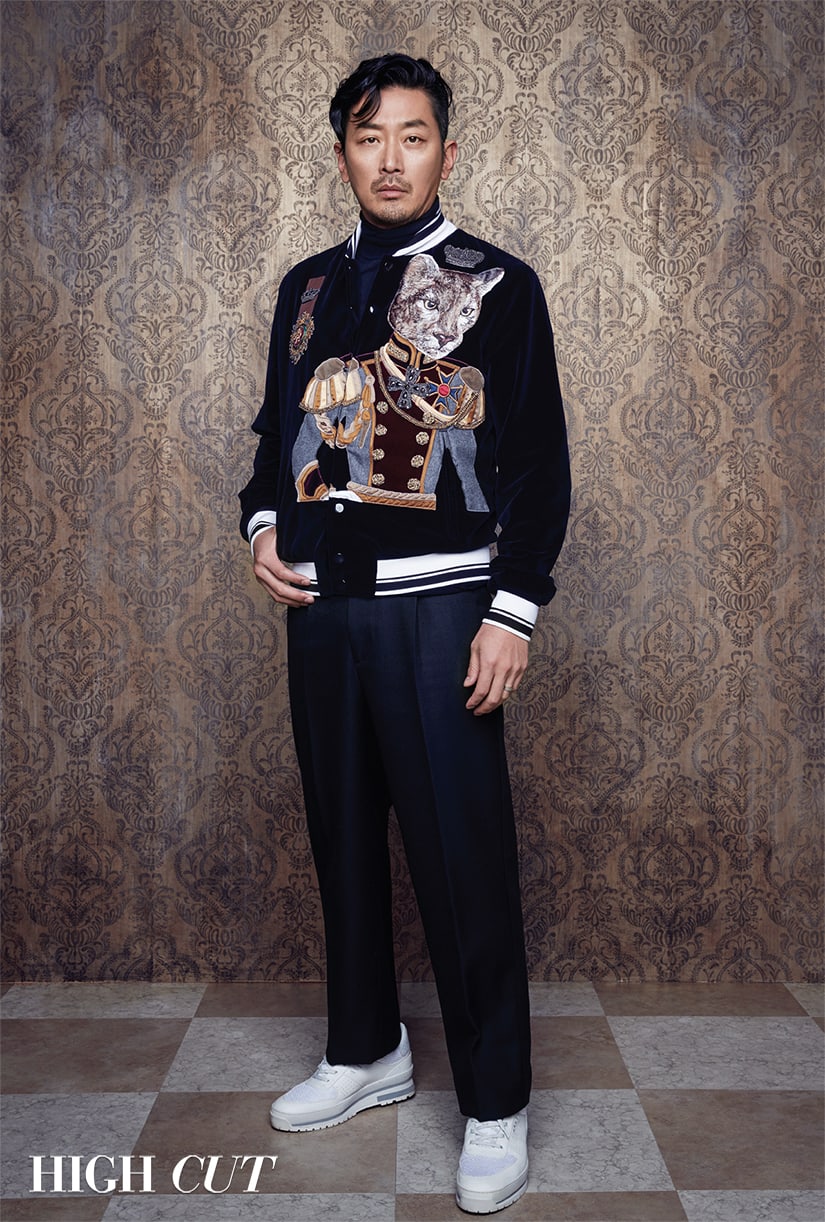 Cha Tae Hyun, who plays the deceased nobleman Kim Ja Hong who appears after 19 years, wears a red suit and a fleeting, wistful expression on his face. When asked what would be the first thing he would do if he became a god, he replied, “In the past, I thought about what would be good for me. But now, I think more about world peace, even more so now that my kids are growing up. I think that my kids’ lives will change as much as we put in the effort. But I do want my kids to at least grow up in a society without war or terrorism.” 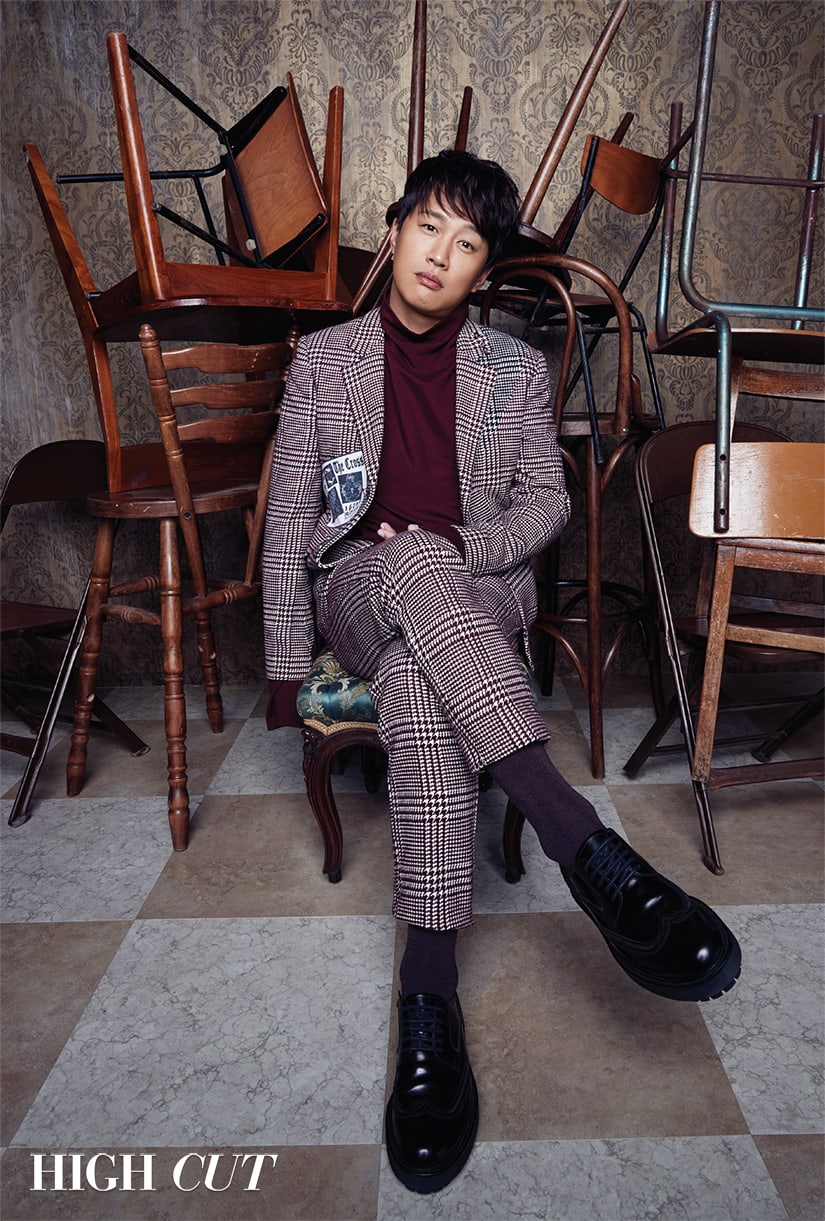 Joo Ji Hoon gives off a mysterious aura in a black-and-white photo. He plays Seaman Maek, who protects the deceased and the grim reapers. He was asked, “Who would you give a flower that makes anyone laugh when they look at it?” He answered, “I would give it to Kim Yong Hwa. He’s a bright and fun person to be around, but he’s probably under an unbelievable amount of stress right now, thinking about CG, music, and how well the movie will do.” 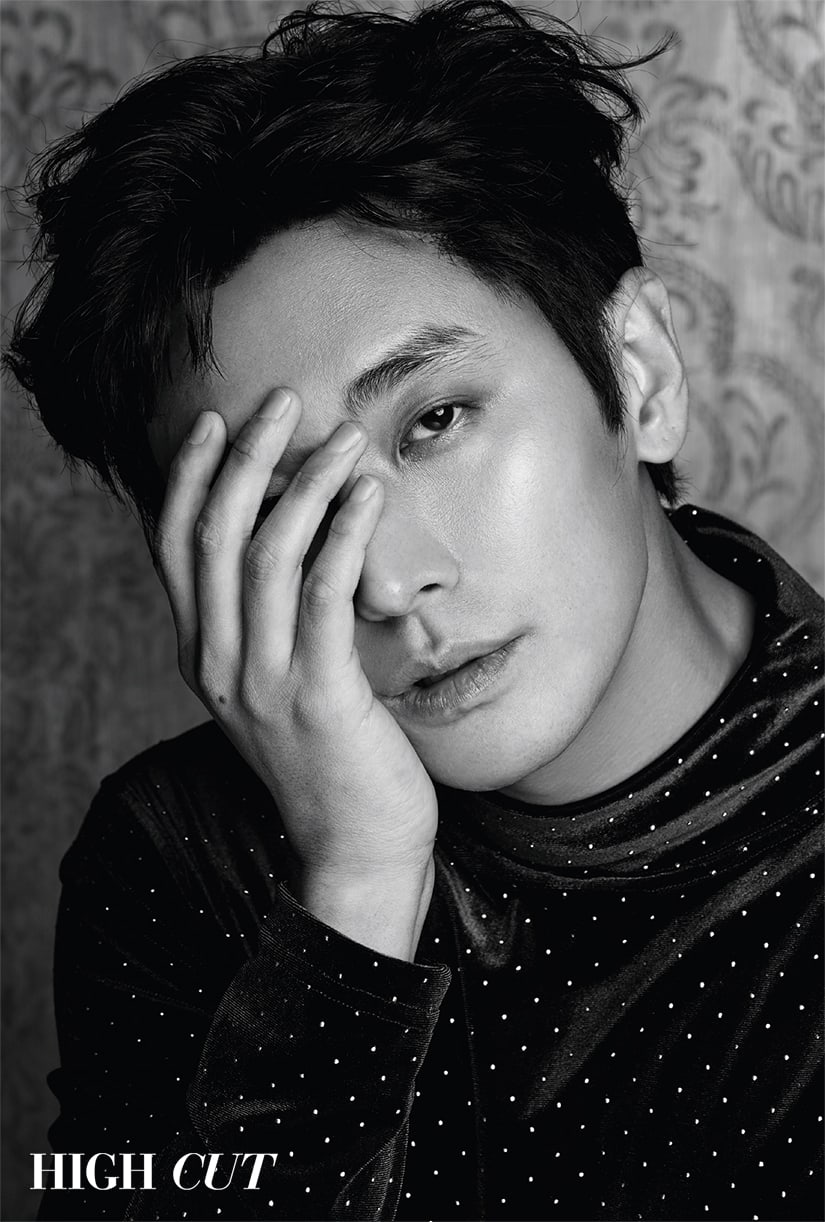 Kim Hyang Gi is adorable yet chic in a long white dress, and plays the youngest grim reaper Duk Choon. The actress was asked what her last meal would be, to which she stated, “My grandmother’s soybean paste stew. We call it Ttabakjang [a regional name for soybean paste stew]. I would eat it with steamed cabbage and rice.” 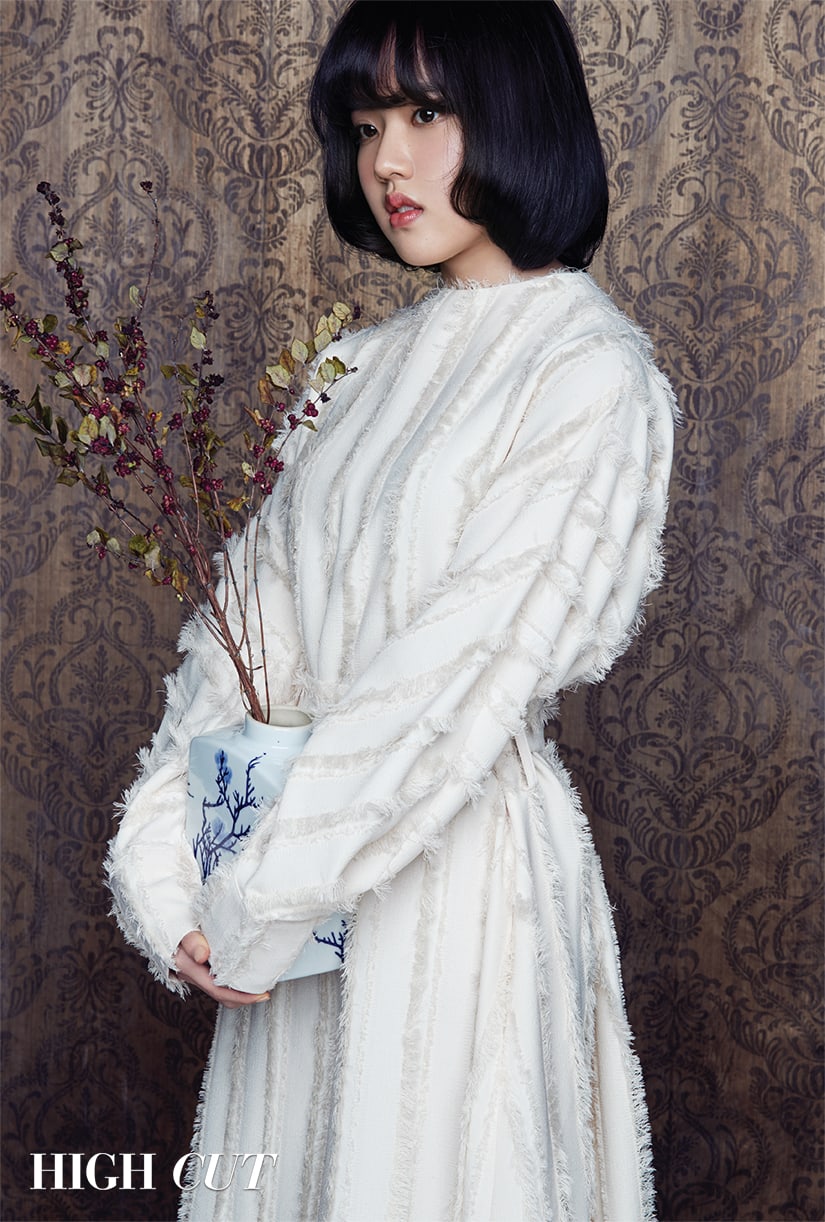 Do Kyung Soo is dressed in casual clothes, but is just as serious in his individual cut; he plays Private Won. When asked if he could name a reason that viewers had to see the film in five words, he cleverly replied, “There. Is. None. Like. It.” 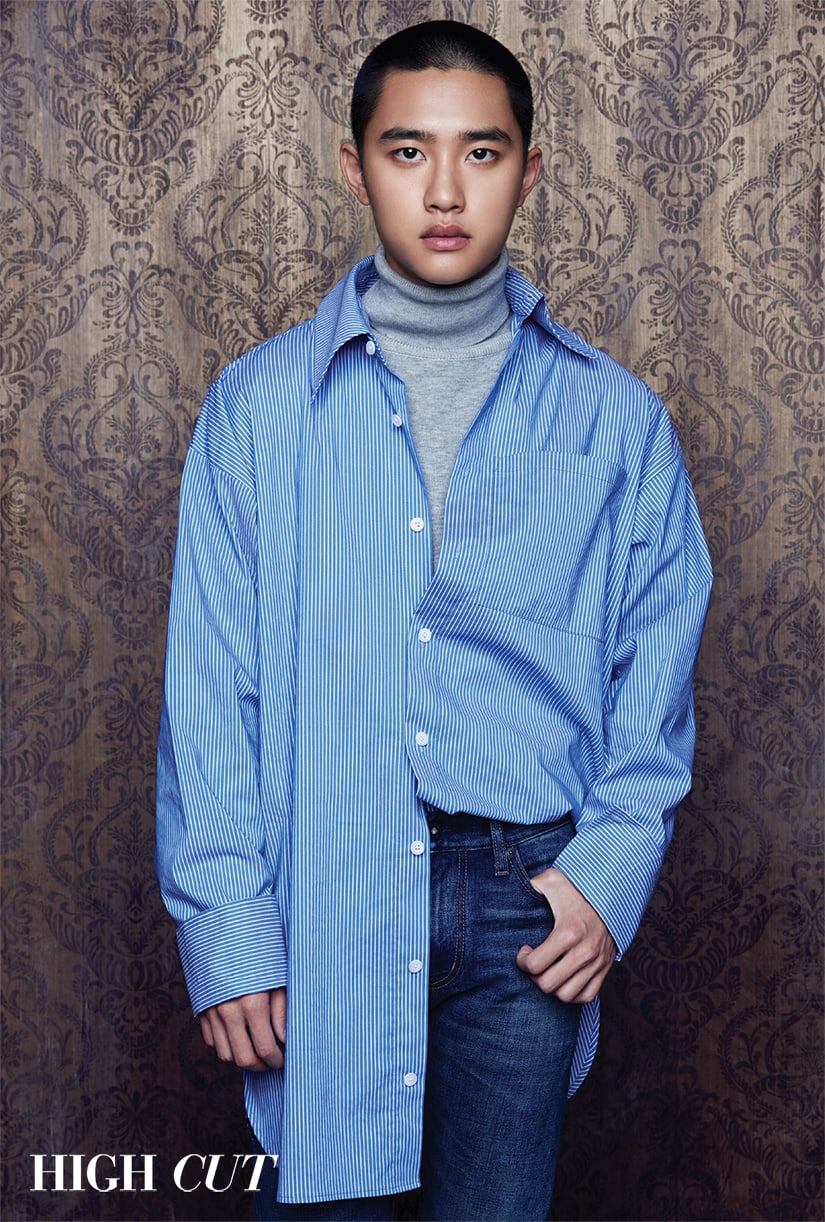 High Cut will release the second half of the photo shoot with the rest of the cast’s individual cuts in early December, while the film “Along With the Gods: The Two Worlds” will premiere on December 20.