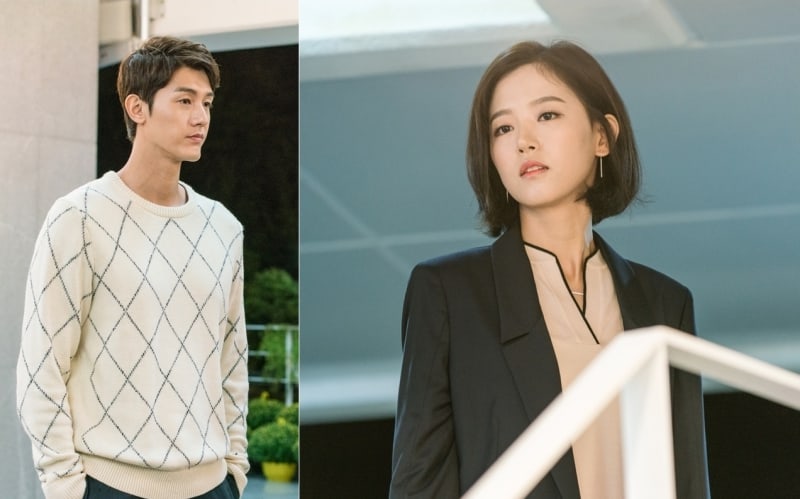 “Just Between Lovers” depicts how strong, tough Kang Doo (2PM’s Junho) and architect Moon Soo (Won Jin Ah) come to care for each other after surviving tragic accidents that change their lives. Directed by Kim Jin Won of “The Innocent Man” and written by Yoo Bo Ra of “Secret Love,” the drama has been gaining attention with its cast of popular actors.

In the released stills, Lee Ki Woo and Kang Han Na’s attitudes toward each other are strikingly different. Lee Ki Woo looks at his past lover Kang Han Na with mixed feelings, keeping his face straight. Kang Han Na appears to smile up at him despite his cold attitude. The next picture, however, also shows Kang Han Na looking ahead with sad eyes, hinting at the two’s complicated history. 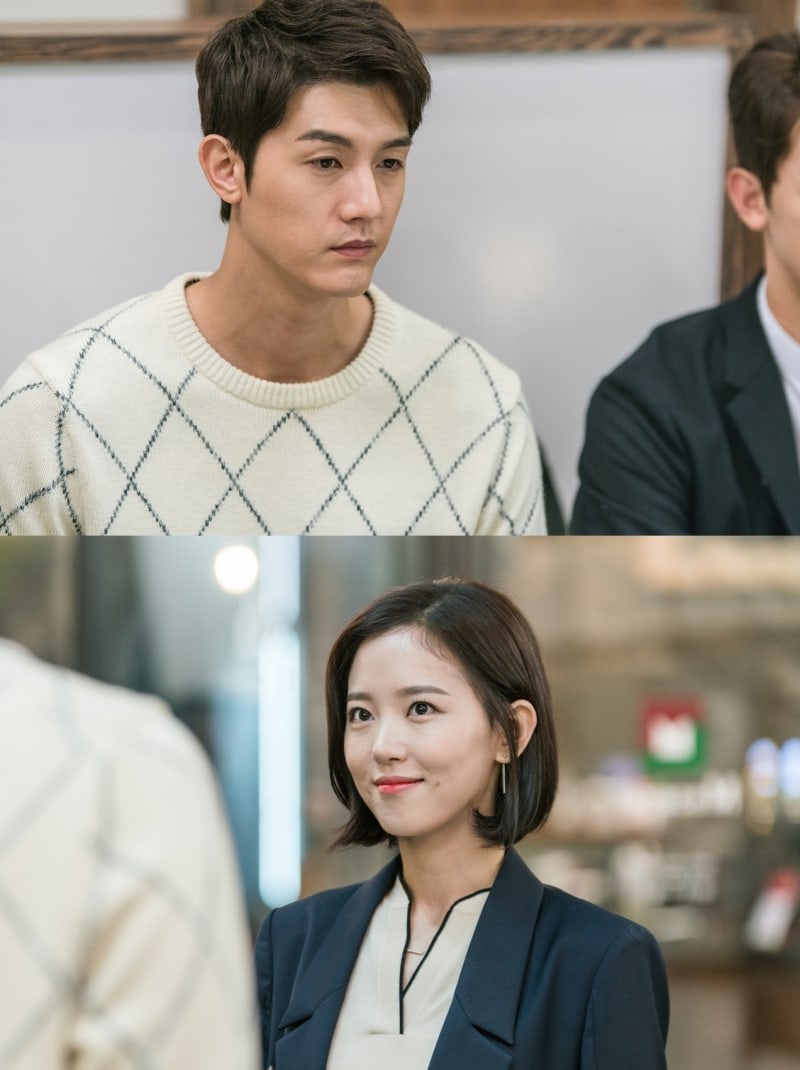 In “Just Between Lovers,” Lee Ki Woo plays the role of Seo Joo Won, the manager of an architectural firm. Seo Joo Won appears to be gentle and kind, but he is actually hiding a trauma that is difficult to get over. He is driven to act kinder and gentler to hide his emotional scars, but he begins to change as he runs into Kang Doo and Moon Soo.

Kang Han Na takes the part of Jung Yoo Jin, a successful career woman who leads the external affairs coordination team at Chung Yoo Construction Company. She has lost her lover Seo Joo Won due to an unexpected accident. Kang Han Na even cut her long hair short to portray the perfect-looking yet unstable character of Jung Yoo Jin.

The production team of “Just Between Lovers” shared, “Lee Ki Woo and Kang Han Na fit very well into the characters of Seo Joo Won and Jung Yoo Jin, who each appear gentle and glamorous but are both scarred. The two actors are passionately committing to their characters, even risking changing their images completely.” They recommended that viewers keep an eye on Seo Joo Won and Jung Yoo Jin to see how they change after meeting Kang Doo and Moon Soo.

“Just Between Lovers” will premiere on December 11 at 11:00 p.m. KST. Check out the trailer below!

Kang Han Na
Lee Ki Woo
Just Between Lovers
How does this article make you feel?