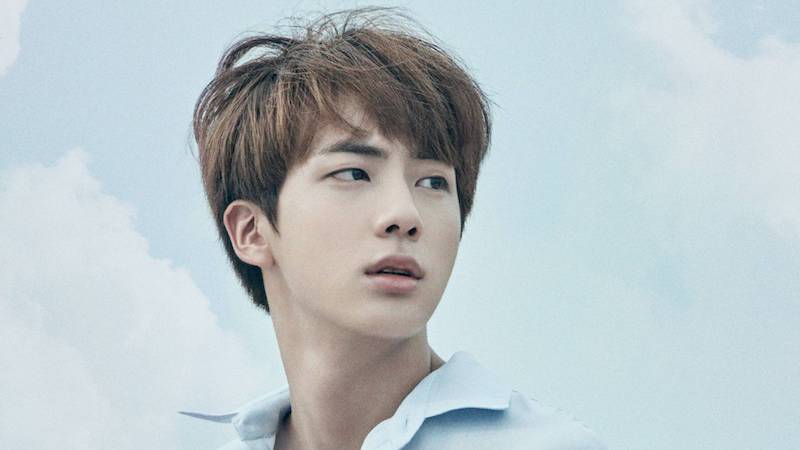 “WorldwideHandsomeDay” Trends No. 1 On Twitter For BTS’s Jin On His Birthday

It’s BTS member Jin’s birthday, and fans are celebrating with a hashtag on Twitter that’s perfect for him!

Jin is turning 25 (in Western reckoning) on December 4, and after midnight KST, J-Hope shared a video on the group’s Twitter account of BTS celebrating their eldest member’s birthday with a cake.

In the clip, the guys joked about how one of the candles looked like Jin’s curved finger, and Jin jokingly yelled at RM for blowing out one of his candles while he was laughing. After Jin only got some of the candles blown out, V and Jimin pointed out that Jin still needed to make a wish.

Meanwhile, the hashtag “WorldwideHandsomeDay” was already trending worldwide on Twitter before midnight KST, and quickly rose to No. 1. “Worldwide handsome” is the way that Jin started describing himself after he trended on Twitter in May during the Billboard Music Awards because of his good looks.

The Korean hashtags “Beautiful Seokjin who was born in the winter,” “Worldwide handsome,” and “Happy birthday, Seokjin oppa” are also all trending in Korea.

Check out how fans have been sharing their favorite Jin moments and showing love for him on his birthday!

this man is so full of love, he spent time shaping a hanger into a heart, cutting and carving papers into hearts & putting together several events just to show armys how much he loves us,?❤️ #WorldwideHandsomeDay pic.twitter.com/11AQDy0Rfq

seokjin the king of mistakenly using an army bomb as a microphone #worldwidehandsomeday pic.twitter.com/o1G1US0HBz

this is probably one of my favorite videos on the internet #WorldwideHandsomeDay pic.twitter.com/rCfILYgLoh

never forget when Seokjin lost 10 years of his life because of a grasshopper #WorldwideHandsomeDay pic.twitter.com/T4ENKNck57

the car door guy, the third guy from the left, the grey hoodie guy in the middle, the first guy with black hair.. and the guy whose birthday is today.. all happened to be the same guy #worldwidehandsomeday

seokjin has the most beautiful vocals in existence and even bangtan knows #WorldwideHandsomeDay #HappyJINDay pic.twitter.com/rgEzm79tzZ

Happy birthday to the oldest maknae! We love you Jin! #WorldwideHandsomeDay pic.twitter.com/vuqSVIfM2T

Even James Corden tweeted to Jin to wish him a happy birthday after the group recently appeared on his late-night talk show.

Have a great birthday, Jin!