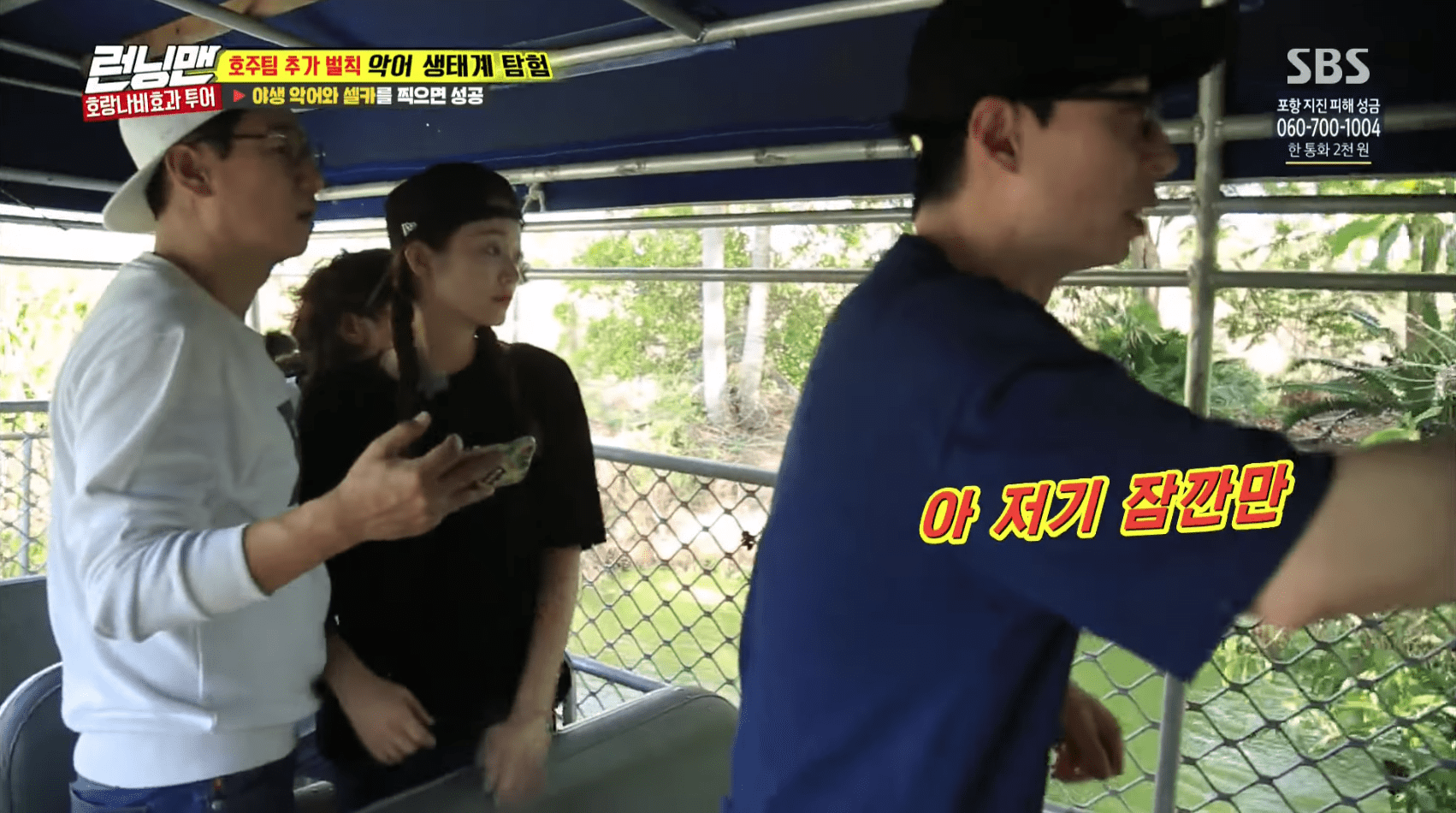 Yoo Jae Suk and the cast and crew of “Running Man” recently had a close shave!

On the December 3 episode of SBS’s “Running Man,” Yoo Jae Suk and Lee Kwang Soo headed to Australia with Ji Suk Jin and Jun So Min for their punishment mission. The cast boarded a boat to film up close and personal with wild crocodiles in the river. 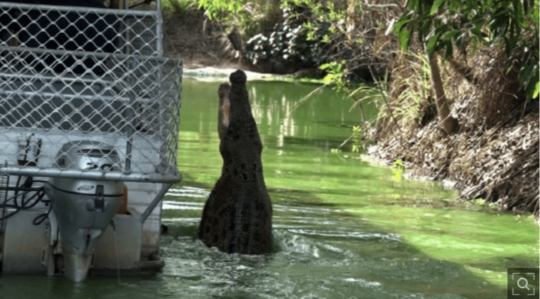 In order to film the crocodiles from up close, Yoo Jae Suk attached a portable, waterproof camera to a stick and got many interesting shots. However, things suddenly took a turn for the worse when the stick got caught in a tree and he ended up dropping both it and the camera into the river. 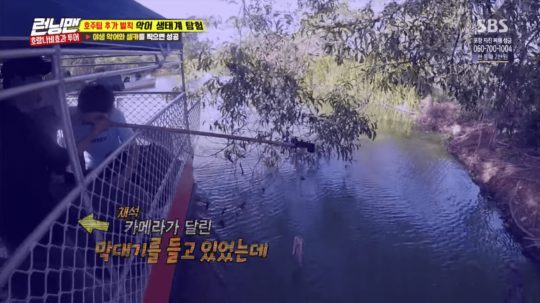 Immediately the producing director (PD) of “Running Man” and the rest of the crew began to panic, thinking that all the footage they’d shot so far would be lost. The PD kept repeating frantically, “We have to get it out” while Yoo Jae Suk, equally shocked, looked like he didn’t know what to do. 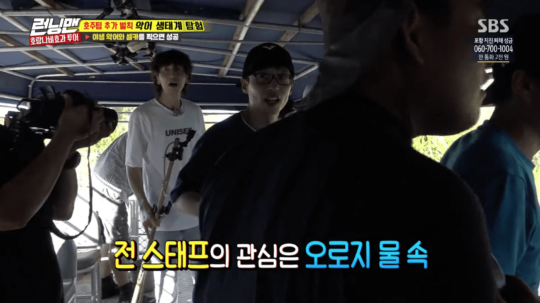 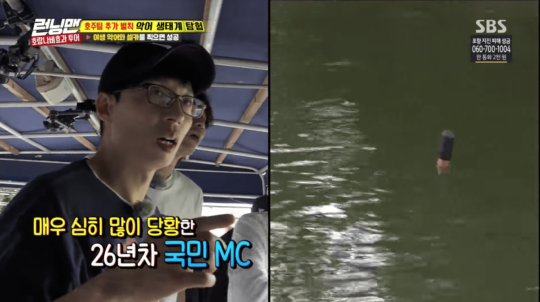 While another staff boat was following behind, no one wanted to stick their hand in the water to fetch the camera because of the crocodiles present. Luckily, with the help of the boat guide, the camera was fished out and returned in one piece.

You can watch the latest episode of “Running Man” below!