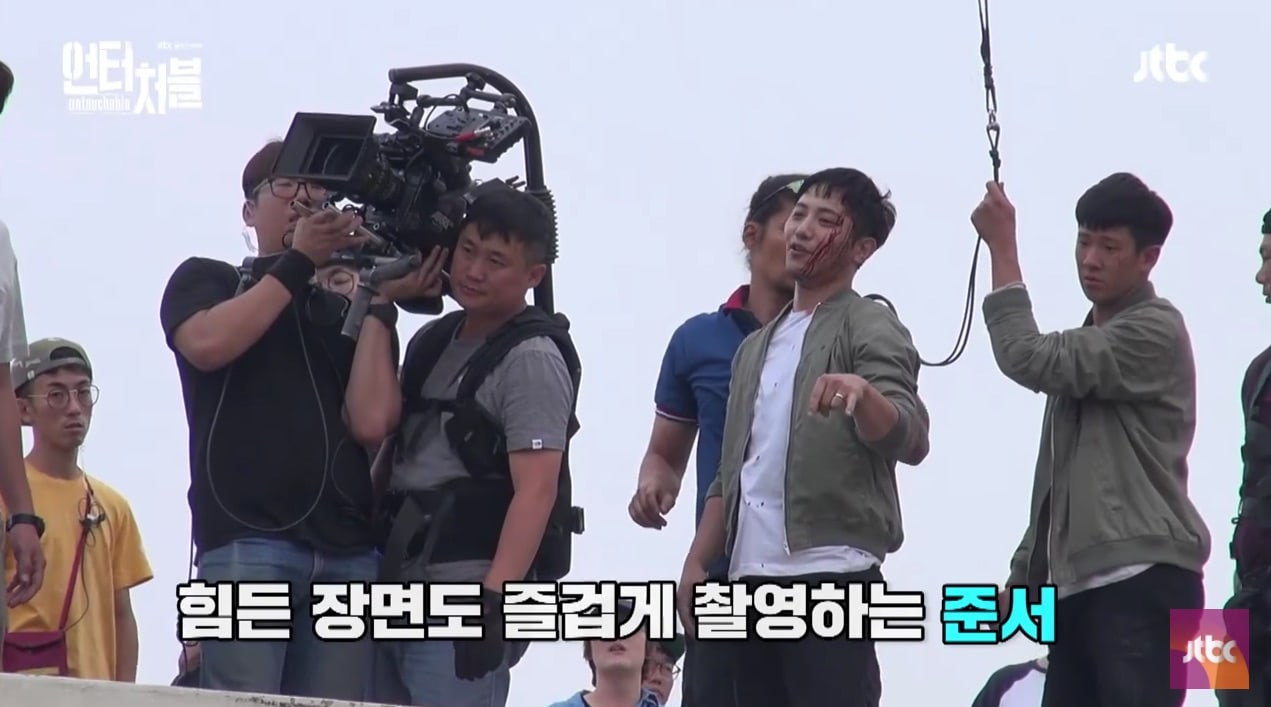 The new video was shared by JTBC Drama’s YouTube channel on December 3 and shows Jin Goo and a supporting actor running through the streets in an action-packed chase. The actors don’t hold back as they complete all of their stunts by themselves. Jin Goo jumps over objects, get hit on the head with a glass bottle, and hangs from the side of the building while being supported by wires. He even jumps out of a building window at one point and falls into a pile of cardboard boxes below.

Despite the strenuous nature of the scenes, Jin Goo never loses his smile during breaks and gives his acting counterparts words of encouragement. The cast and crew can be seen working hard to create thrilling action scenes while staying safe at all times.

“Untouchable” is an action drama about two brothers on diverging paths as one turns to a life of crime to stay alive while the other turns against his family after he loses the love of his life. The drama airs every Friday and Saturday at 11 p.m. KST.