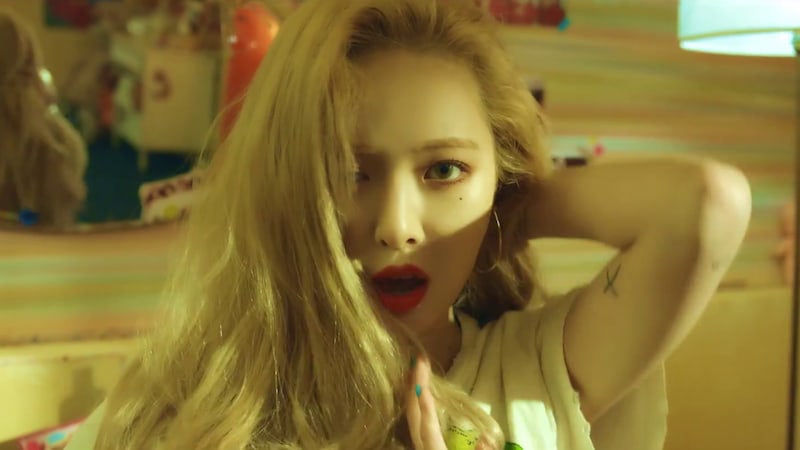 HyunA has released a “Thanx Single” for fans!

“Lip & Hip” emphasizes HyunA’s powerful and sexy charms, and the words “Lip” and “Hip” are repeated in the chorus over a strong hip hop sound as the base.

The first performance of the track was revealed through the 2017 Melon Music Awards on December 2.

Check out the music video for “Lip & Hip” below!