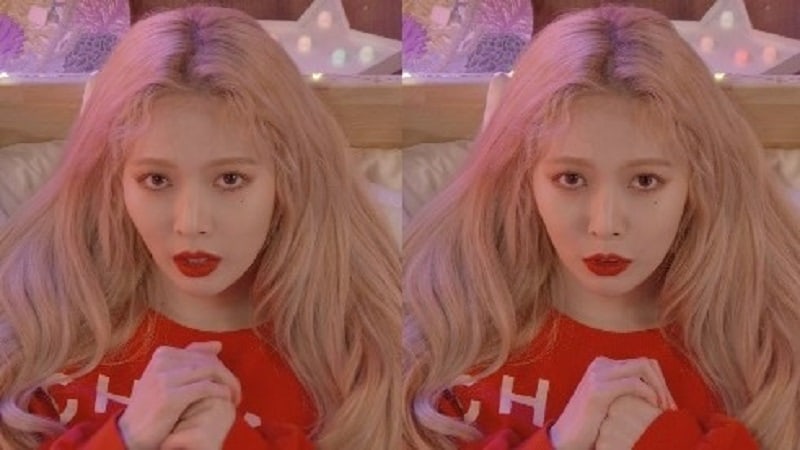 On December 4, HyunA held a “lying down broadcast” titled “HyunAXLieV – HyunA’s Lying Down Live.” During the broadcast, HyunA, who recently celebrated her 10th anniversary since debut, laid down comfortably and conversed with her fans around the topic of “present.”

HyunA started the broadcast by sharing, “I’ve really wanted to do a lying down broadcast for a long time, so it’s nice to be able to do it now. I worried if it would turn out well since I’m lying down, but thank you to [everyone] who said it looks pretty.” 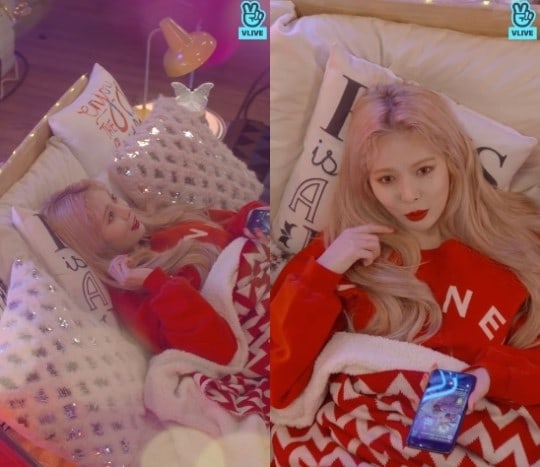 Elaborating on the topic of present, HyunA commented, “What I think is a present is expressing your mind about people. I consider letters to be the most precious.”

HyunA explained, “I collect the letters my fans gift me every year. I read the letters whenever I need strength. During difficult times, [the letters] are my biggest motivation.”

The singer also shared, “I still have the letters I received in middle school. It’s been almost 10 years. When I read the letters, I get strength no matter what the circumstance,” revealing her deep affection and appreciation for her fans.

HyunA released her dance single “Lip & Hip” on December 4 at 6 p.m. KST as a special gift to fans to commemorate her 10th anniversary since debut.