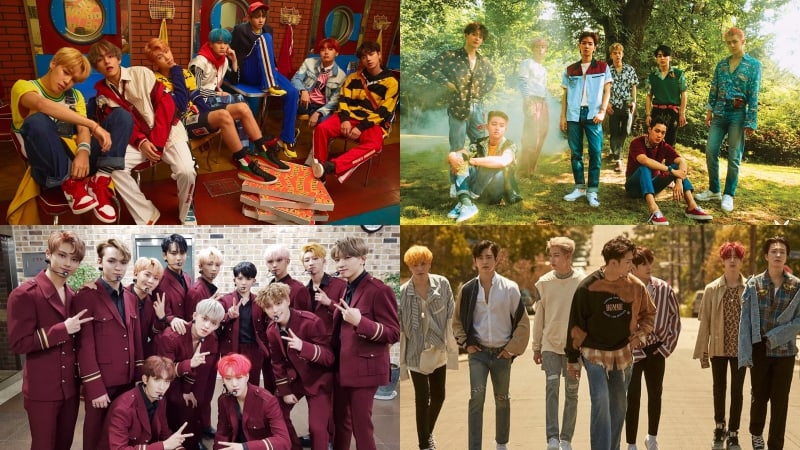 K-pop artists have topped the lists of the most talked about celebrities and songs on Twitter worldwide in 2017!

On December 5, Twitter shared the rankings for the most tweeted about celebrities worldwide this year, with BTS taking No. 1. SEVENTEEN came in second, with MONSTA X at No. 9.

Twitter has also released the rankings for the most tweeted about songs on Twitter worldwide in 2017, with EXO’s “Ko Ko Bop” coming in first and GOT7’s “You Are” in third.

BTS’s “Love Yourself” (the title of their new series, which began with their new mini album “Love Yourself: Her” in September) comes in at No. 7, while GOT7’s song “Never Ever” has ranked at No. 8.

Artists including BTS and EXO have also ranked high on the most talked about topics in countries including Spain, the Philippines, and Australia.

BTS came in at No. 1 on the list of the most tweeted about artists in Spain in 2017.

BTS’s concert in Manila was the No. 5 most tweeted about moment in Philippines in 2017, while “#BTSWingsTourInManila” was the No. 9 most tweeted hashtag. The hashtag “#Exordiuminmanila” for EXO’s concert came in at No. 10 on the list.

As we (almost) bid farewell to an exciting year, today we're taking a look back at the biggest moments, hashtags, and accounts/people that got Filipinos talking in 2017.

Here's the most Tweeted moments in Philippines this year. #ThisHappened pic.twitter.com/DtPyUWeoTv

Hashtag was originally designed to ‘tag’ or categorize Tweets, but over the years, it has become a tool to discover various topics that one may be passionate about.

Here's the most Tweeted hashtags in Philippines in 2017. #ThisHappened pic.twitter.com/FEsTtEUtDh

“#BTS” was the No. 9 most tweeted about hashtag in Australia.

Today, we're taking a look back at the hashtags, people and moments that got Aussies talking on Twitter in 2017.

Here's the most Tweeted about hashtags in Australia this year #ThisHappened pic.twitter.com/mZAVcmX3a3

GOT7
MONSTA X
EXO
BTS
SEVENTEEN
How does this article make you feel?