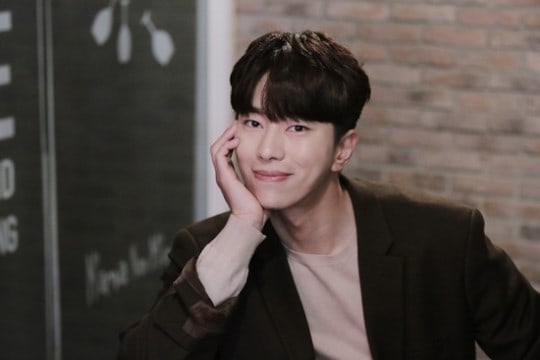 “Witch’s Court” was a popular Monday-Tuesday drama on KBS and will be replaced by “Jugglers,” which coincidentally stars Baek Jin Hee, bringing their relationship back into the limelight.

When asked about “Jugglers,” which aired its first episode the night before the interview, Yoon Hyun Min said, “I watched it alone while sweating with nervousness. But it was really entertaining. I have faith that she will do well and I’m praying for her.”

Unfortunately, this does mean that their busy schedules ended up overlapping. Yoon Hyun Min joked, “I was going to take it easy during December, but a close friend of mine is also filming something now so I don’t have anyone to hang out with.”

More seriously, he added, “It’s really good news and a good thing to both of us when we can both work hard at the job we do.”

When asked about the negative aspects of publicly revealing their relationship, he said honestly, “Rather than being intimidated by the idea of publicly dating, one negative aspect is that we have to deal with negative things constantly going forward. There will always be misleading stories or speculations about us, but we can’t go around refuting every single one. We have to bear with it and be patient. I think it’s just the fate of our profession. I tell myself that if I let myself be bothered by this, I can’t do this kind of work. So I just deal with it.”

Yoon Hyun Min, who started out as a baseball player, is in a situation where many of his friends married early. However, he said, “I started acting when I was 25-26, so it still hasn’t even been 10 years. Before you can say, ‘I’m a person that does this kind of work,’ you have to do it for 10 years. I still have three years left until that mark, so I want to live while focusing on that. My current goal is holding on for 10 years.”