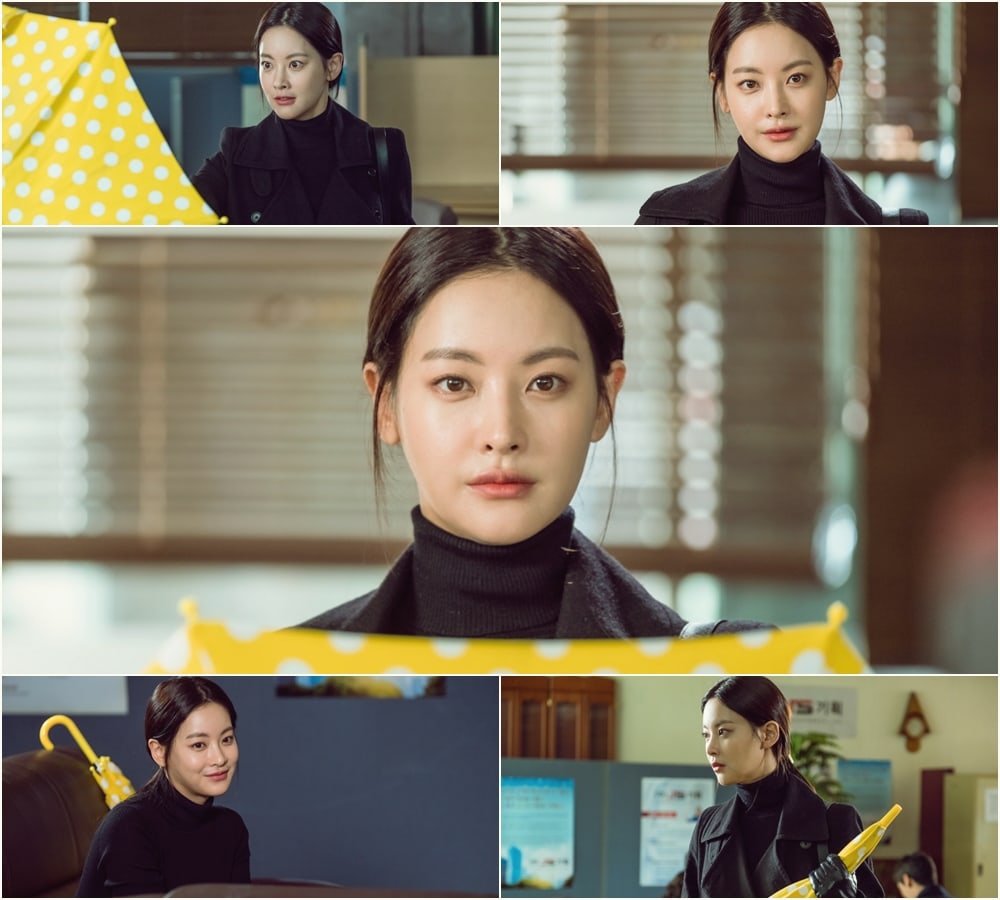 In the upcoming fantasy drama penned by the Hong Sisters, Oh Yeon Seo plays Sam Jang, also known as Jin Sun Mi, the CEO of a real estate company. Her character has the ability to see the supernatural and often exorcises haunted and deserted properties, warding off evil spirits with the help of a charm written on her trusty yellow umbrella.

The brightly colored, polka-dotted umbrella is in stark contrast to her all-black outfit that suggests a woman on a mission, especially paired with her sharp gaze. Though we see no adversary in the photos, we can see her using the umbrella to hold something or someone back.

The filming took place on October 20 at a building in Ilsan. Reportedly, the scene is about Jin Seon Mi spotting an evil spirit and going to track it down, possibly related to her work in exorcising real estate properties for her company. The production staff said, “As soon as the cameras turn on, Oh Yeon Seo’s gaze changes. She’ll come on set with a bright smile but she gets into character so fast.”

Check out her character teaser below!

Oh Yeon Seo
Hwayugi
How does this article make you feel?