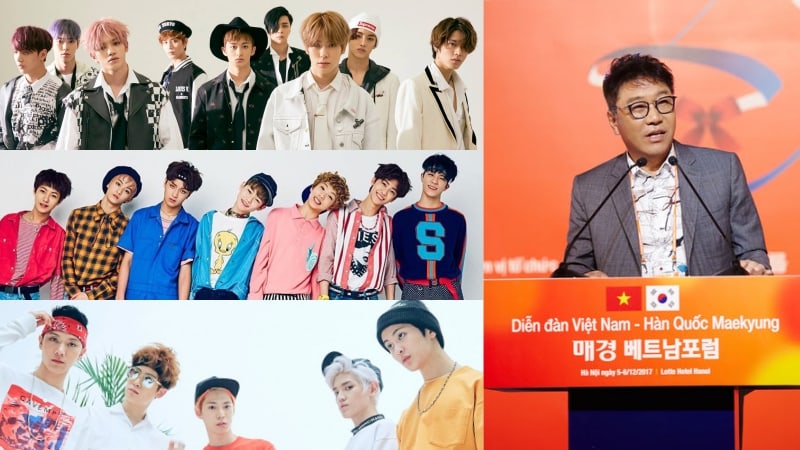 During his speech, Lee Soo Man talked about some of SM’s future plans, saying, “Vietnam has a relatively young population, with 65 percent of the population being under 35 years old. Vietnam also shares some similarities with Korea in terms of culture and lifestyle patterns. I believe that we can help Vietnam grow economically by creating global stars and cultural content based on these characteristics.”

He continued, “SM will be looking for talent in Vietnam to launch an NCT Vietnam team and create ‘V-pop,’ just like how K-pop was built through CT (Culture Technology). We want to work with Vietnam to develop opportunities that will further develop their economy and industry.”

Lee Soo Man previously announced his plans to create at least one Southeast Asia unit for NCT, but this is his first time specifically mentioning Vietnam.

Are you looking forward to NCT Vietnam?

NCT
Lee Soo Man
How does this article make you feel?