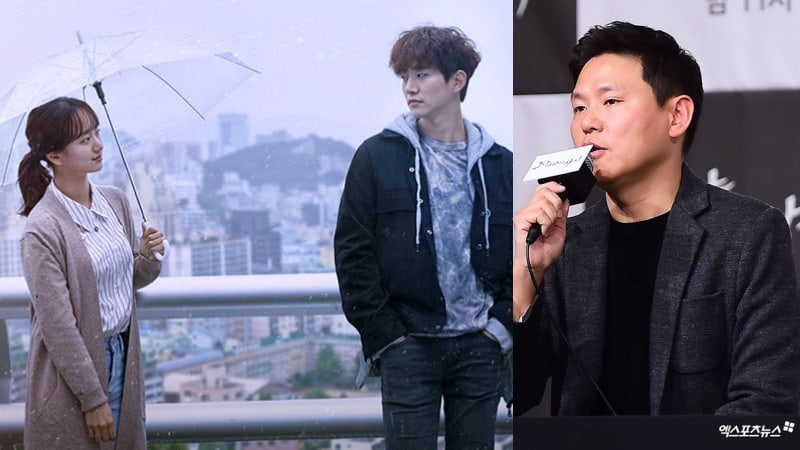 Producing director Kim Jin Won revealed why he made the decision to cast 2PM’s Junho and Won Jin Ah as the leading roles for “Just Between Lovers.”

The press conference for JTBC’s new Monday-Tuesday drama “Just Between Lovers” was held on December 6. During the event, PD Kim Jin Won was asked what convinced him to pick the duo, especially as neither have had experience leading a drama before.

For Junho, the PD explained, “To me, Junho doesn’t feel like an idol, I’ve had a lot of interest in him as an actor. I offered the role to him because I wanted to show people that he’s an actor who can take on a role like this. I’m so happy that he took the offer. Working with him showed me that he’s a good actor and I feel like the viewers will be able to feel the sincerity he put into his role.” He added with a laugh, “And he’s also very handsome, which is a plus.”

Won Jin Ah is a rookie actress who will be making her drama debut through the upcoming project. PD Kim Jin Won said, “From the planning process, the screenwriter and I agreed that we wanted the female lead to be a rookie actress. We wanted someone to bring a fresh and new perspective to the role. We met with approximately 120 rookie actresses, and Won Jin Ah really caught our eye. She really has a wholesome charm that fit the image we were going for.”

“Just Between Lovers” will be the story of two people who survive a life-altering accident that causes them to reevaluate their lives as they learn to lean on each other to heal old scars and past pains. The first episode will on December 11 at 11 p.m. KST.

2PM
Junho
XPN
Won Jin Ah
Just Between Lovers
How does this article make you feel?