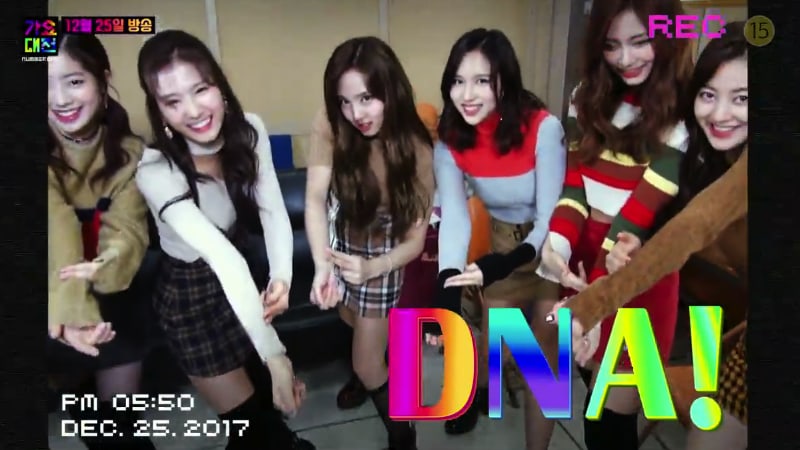 SBS has dropped the first teaser for this year’s Gayo Daejun!

The teaser shows TWICE dancing to some of the biggest hits of 2017, including EXO’s “Power,” WINNER’s “Really Really,” GFRIEND’s “Love Whisper,” Wanna One’s “Energetic,” Sunmi’s “Gashina,” BLACKPINK’s “As If It’s Your Last,” Red Velvet’s “Red Flavor,” BTS’s “DNA,” and their own track “Likey.”

They then reveal that the theme for this year’s Gayo Daejun is “Number One,” meaning that the show will feature the “number one” singers.

TWICE
2017 SBS Gayo Daejun
How does this article make you feel?