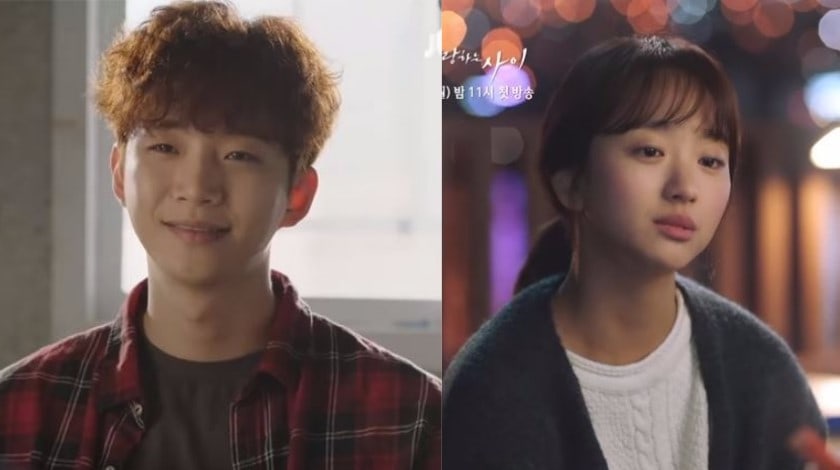 In the first teaser, 2PM’s Junho, who plays Lee Kang Doo, shows off his cheerful attitude, smiling even during a serious interview. He then talks to Na Moon Hee, where he says, “How can you not be crazy, in such a crazy world?”

In the second teaser, Won Jin Ah, who plays Ha Moon Soo, and Junho gaze at each other at a construction site, where Ha Moon Soo is an architect and Lee Kang Doo works for a construction company. At the end, Junho watches as her bus takes off and whispers, “Thank goodness, at least you’re okay.”

In the final teaser, Won Jin Ah and Junho accidentally bump into each other and fall. The scene then cuts to the two of them drinking together, where Lee Kang Doo roughly munches on a carrot. Ha Moon Soo then confesses, “I like guys who eat carrots.”

“Just Between Lovers” is a drama about Lee Kang Doo and Ha Moon Soo who have both suffered losses and learn to embrace each other and their wounds. The drama will air its first episode on December 11 at 11 p.m. KST.