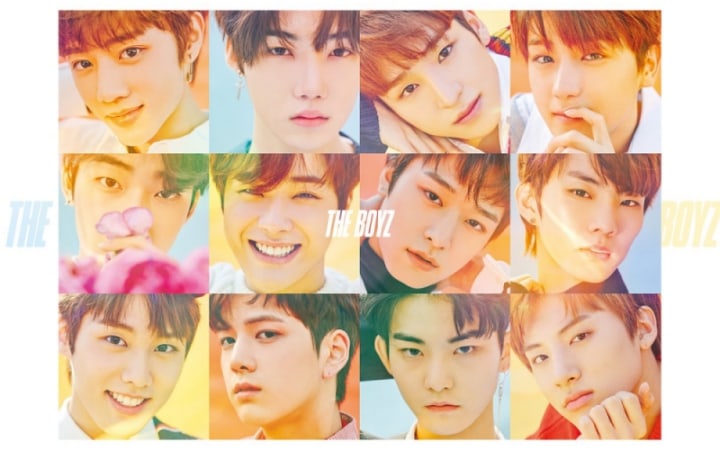 The Boyz officially kicked off their debut with a showcase on December 6.

During the showcase held at Kyunghee University’s Grand Peace Palace in Seoul, the 12 members performed and opened up about their team, music, and goals for the future.

The Boyz talked about their surreal debut, saying, “We dreamed of today and practiced for our debut. It’s finally today, but it still doesn’t feel real. We’re really nervous. We will become one boy who captures your hearts.”

Sangyeon commented, “I feel really nervous to show you our first debut track and performance,” and Kevin added, “We will try our best to show you what we prepared.”

During the Q&A portion of the showcase, the MC asked what sets The Boyz apart from other groups. Q answered, “The fact that all 12 of us are unique yet together is what sets us apart. I think it’s most visible in our choreography and performance.”

The Boyz members also shared the group’s goals. Juyeon explained, “Our goal is for all of the members to be the center. The center has to be perfect at singing, dancing, acting, and have talent, so we will try our best to achieve it.” Ju Haknyeon added, “We will always work hard to grow so that our group can be an ‘all center group.'”

Ju Haknyeon garnered a lot of attention during the showcase. As a former contestant on Mnet’s “Produce 101 Season 2,” he is the most well-known member of The Boyz.

In regards to this, Sanghyeon stated, “Ju Haknyeon went on ‘Produce 101 Season 2,’ accomplished many things, and came back to The Boyz. It is another task for us to make other members well-known [as well]. We will work hard to show you our charms.”

Sunwoo concluded, “Our team debuted today. Instead of looking at the far future, I think we should be a group that grows and changes day by day. We’ve received a lot of love prior to our debut due to media exposure, and I think the fans may have fallen for us after seeing all 12 of our members. Thank you for loving us.”

The Boyz’s first mini album “The First” encapsulates the energy and bright beginning of the 12 members. Famous composers and producers such as Joombas, $sun, Bekuh BOOM, and Primary took part in creating the group’s debut album.

Their title track “Boy” is a dance number full of energy with an addicting sound. Check out the music video here!