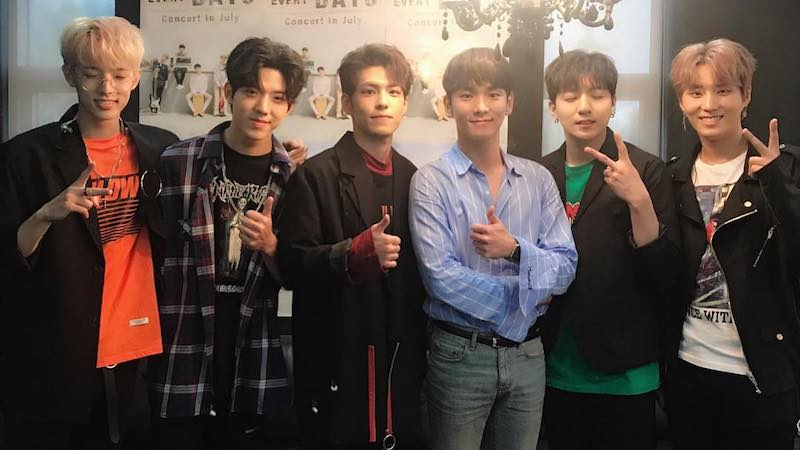 At press interviews on December 7, DAY6 revealed their thoughts on SHINee’s Key being a fan.

Then in July, he attended their concert and wrote about almost losing his voice from singing along.

Young K commented on the experience, “I liked SHINee since I was young, but then Key said he likes our music and attended our concert. Staff told us that he was singing along the entire time.”

Dowoon also mentioned another proud moment of hearing their name being talked about in public. He shared, “I was having a drink with a friend in Hongdae, and people behind us were talking about ‘Every DAY6.’ I thought they may have recognized me, but they didn’t and were just talking about it. It was cool.”

DAY6 recently released “I Like You” for their full album “Moonrise” and will be holding their last concert for “Every DAY6” from December 22 through 25.

DAY6
SHINee
Key
How does this article make you feel?