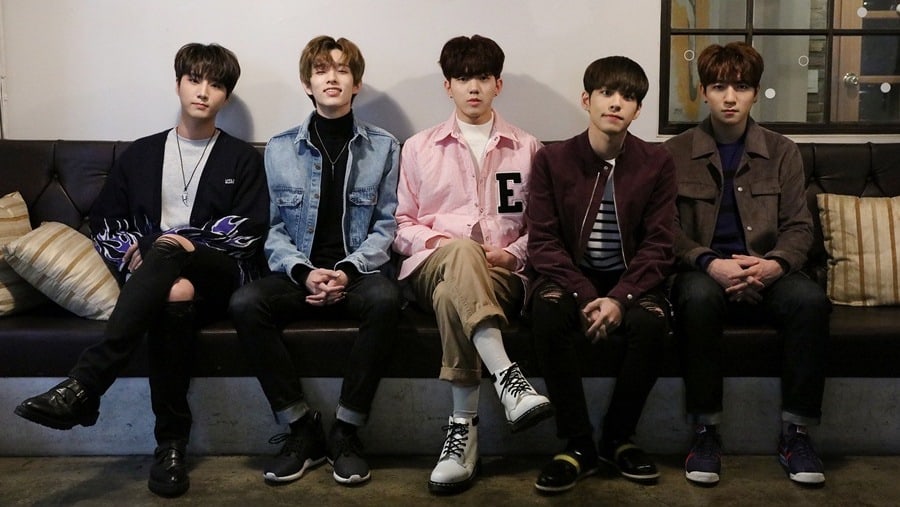 On December 7, DAY6 spoke with reporters about the “Every DAY6” project through interviews at a cafe in Seoul.

For the “Every DAY6” project, the band released at least two new songs and held concerts during each month of 2017. As they released a total of 24 new tracks and various remixes as well, the members were asked about their favorite releases of the year.

Dowoon picked “Letting Go (Rebooted Ver.),” explaining, “The more I listen to it, the more I can identify with it.” Sungjin chose “When You Love Someone” because of the lyrics that many people can identify with.

Jae commented, “I felt emotional when I heard ‘You Were Beautiful.’ I didn’t participate [in writing the track], but something about it hits home.”

Wonpil mentioned “You Were Beautiful,” as well, but added, “I liked this song the most before, but I changed my mind after our December track ‘I Like You’ was released.” He shared that when he first listened to it, he appreciated that the emotion of “liking” is portrayed as being very special. “It is a heart-fluttering song of confessing, but it also hit my heart.”

Young K also selected “I Like You,” commenting, “I think it is the song most fitting for the last album.” He revealed that he likes the song’s feeling of saying “I like you” and comforting someone who is having a difficult day. It is a song he wants to sing to people like his parents, members, and fans.

What is your favorite song from “Every DAY6”?