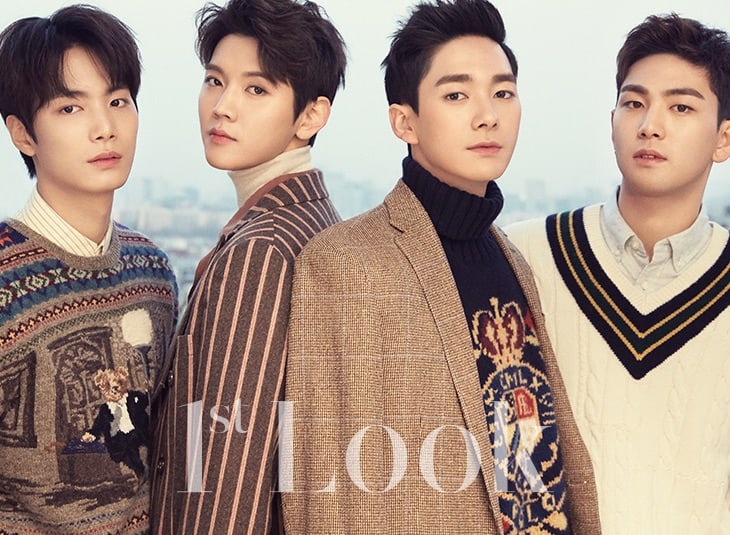 NU’EST W opened up about having an amazing year filled with many firsts in an interview and photo shoot with 1st Look.

NU’EST has had quite the year from when four of the five members appeared on Mnet’s “Produce 101 Season 2,” with Hwang Min Hyun going on to join Wanna One while the other four members formed the unit group NU’EST W. Since releasing their album “W, HERE” in October, NU’EST W became the fourth artists to sell over 200,000 copies in their first week, and also enjoyed their first music show win ever with their chart-topping title track “Where You At.”

When asked how they feel about everything that has been going on, the members replied, “We got to attend our first awards ceremony in six years, and we even won an award there so it felt like a dream. Every moment of this year has felt like such a special gift to us. We are very grateful to the fans, and all of the other people, who have made it possible for us to receive such gifts. Now, we want to work even harder to be the ones who give gifts to them, and be a source of happiness for them for a long time.” 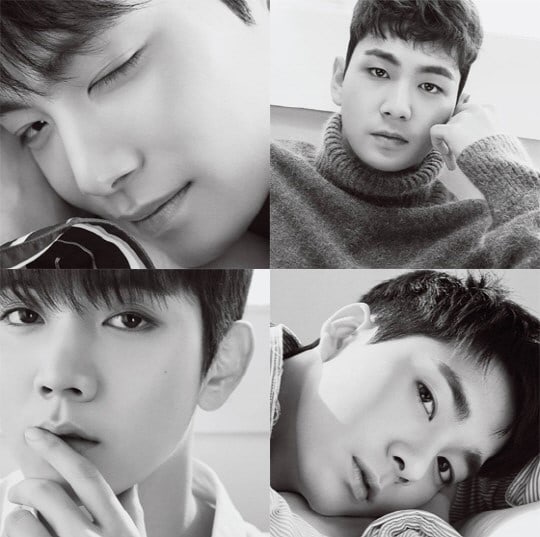 NU’EST W also spoke of the mindset they’ve kept throughout the years as JR said, “When we were preparing to release albums in the past, the thing I said most to the other members was, ‘Let’s give every moment our all like our lives depend on it. As long as we give things our sincere 100 percent, we won’t fall over.” Baekho added, “If we hadn’t always given it our all, how embarrassed would we be feeling right now with so many people giving us a second chance and listening to our music?”

They also expressed their sincere gratitude for all of the opportunities and experiences they’ve had since becoming NU’EST W. Ren confessed, “During our first Korean solo fan meeting as NU’EST W, I almost burst out crying as soon as I saw the venue completely filled with a pink glow. It was an ecstatic moment that I will always remember,” while Aron concluded by stating, “These moments have driven home how precious the other members are to me as we’ve been believing in and relying on each other while walking down this path. I’m also grateful to the people who have given us their unwavering support.”

NU’EST W’s full interview and photo spread will be available in the newest edition of 1st Look, which will be released on December 11.

1st Look
NU'EST W
How does this article make you feel?