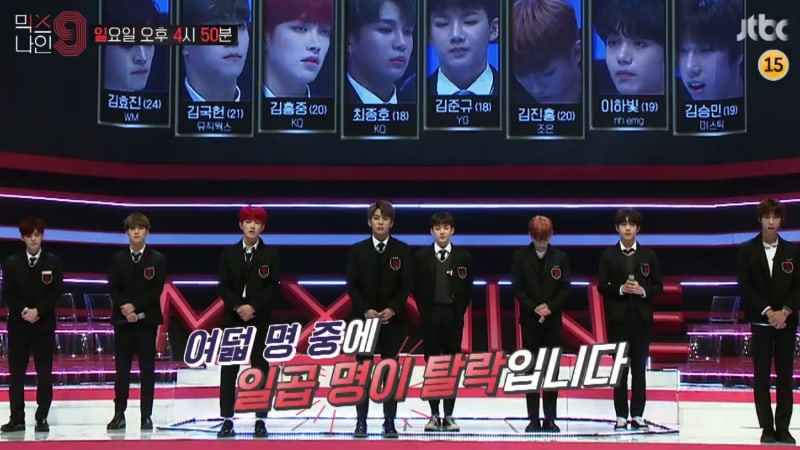 Watch: “MIXNINE” Drops Nerve-Wracking Preview Of First Round Of Eliminations

As previously announced, JTBC survival show “MIXNINE” will be eliminating 71 contestants during its first round of eliminations on the next episode.

The newly released clip shows a preview of the first official ranking ceremony, where the top nine contestants will be announced along with the elimination of 71 contestants. Out of the 170 participants, those placing No. 100 to No. 170 will be sent home.

Yang Hyun Suk comments that there are many contestants who will go home despite winning the position battle. To the male team that had performed BTOB’s “It’s Okay,” he reveals that seven out of the eight participants will be eliminated.