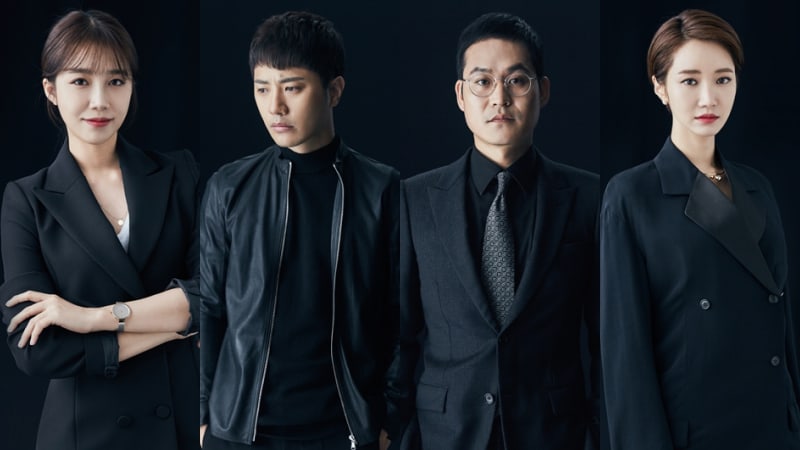 3 Reasons Why More People Are Tuning Into “Untouchable”

JTBC’s new drama “Untouchable” has shown a surprisingly high increase in viewership ratings in just four episodes. The record for the December 3 episode of the drama was 4.3 percent, meaning that almost twice as more people tuned in compared to its first episode which recorded 2.4 percent.

This soaring popularity of “Untouchable” is very similar to “Woman of Dignity,” which became the most-watched JTBC drama after its ratings sharply increased at a surprising rate. Because the new drama’s viewership rating is growing at a much faster rate than “Woman of Dignity,” attention has spiked on whether it will be able to set new records for JTBC.

These are the three reasons why more and more people are tuning into “Untouchable.”

1. Great Acting By the Cast

One of the things that grabbed the viewers’ attention is the great acting. Cast members including Jin Goo, Kim Sung Kyun, Go Jun Hee, and Apink’s Jung Eun Ji have been showing off intense acting that makes it impossible for viewers to switch the channel.

Jin Goo was especially praised for his acting with his eyes as he expressed extreme sorrow and rage after losing his wife. Kim Sung Kyun also succeeded in establishing his character’s complicated personality, proving that there were different sides to his character. Besides the two male leads, Go Jun Hee showed off great presence despite her short time on screen while Jung Eun Ji perfectly acted out the role of a sly prosecutor. Other cast members such as Park Geun Hyung, Choi Jong Won, Shin Jung Geun, and Jin Kyung also contributed to keeping the viewers focused on the drama with their impeccable acting skills.

“Untouchable” clearly doesn’t believe in loose plots. The drama marks its beginning with the mysterious death of Yoon Jung Hye (played by Kyung Soo Jin) and dives straight into the intense conflicts between the Jang family, corrupt powers, and Jang Joon Seo (Jin Goo). The plot is fast-paced and tight, making it necessary for the viewers to really focus.

One of the tools used to keep the drama gripping is the mysterious death of Yoon Jung Hye. The suspect dramatically changes in every episode with Jang Joon Seo first growing suspicious of his father followed by his brother, his brother’s wife, and even his wife’s family. The range of suspects is ultimately widened to include everyone around him.

The drama makes use of various angles in action scenes while paying attention to every detail in shooting scenes involving complicated emotions. It also includes underwater scenes, computer graphics, and scenes shot in harbors and at night to make the drama more realistic for the viewers.

“Untouchable” airs every Friday and Saturday at 11:00 p.m. KST. Begin watching the drama below!