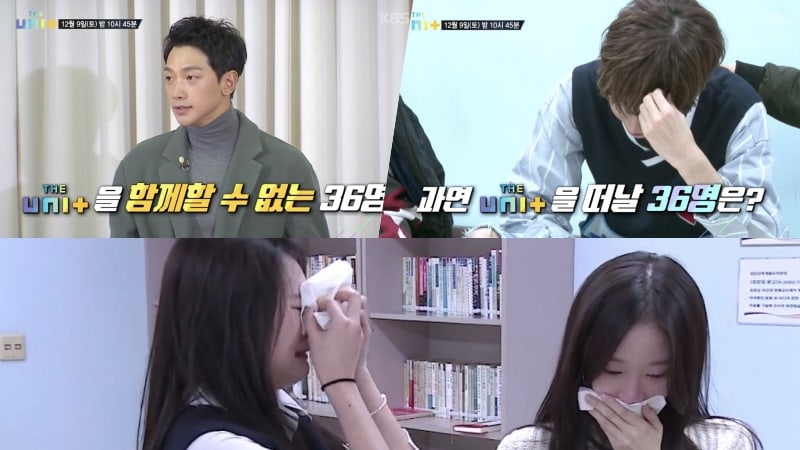 “The Unit” will be sending home its first eliminated contestants in the next episode, and the show has revealed a preview of how the eliminations will be announced.

The idol rebooting show has eliminated 36 contestants (18 female and 18 male contestants), and the December 9 episode will reveal which idols will not be continuing in the competition.

However, rather than reveal the names of the eliminated contestants during an announcement ceremony with everyone present, the preview shows how Rain will be giving envelopes with the names to each of the mission group leaders, who are given the task of telling their group members themselves.

In the preview, the news that the leaders will be taking on the responsibility of announcing who is eliminated shocks the contestants. We then see glimpses of the emotional and tearful scenes as the leaders sadly break the news to their groups.