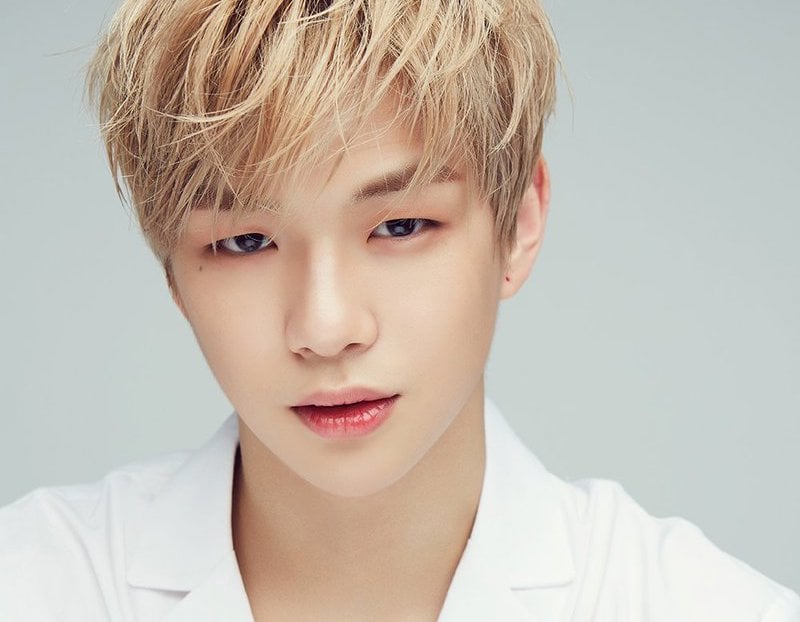 While taking some time to rest and recover from illness, Kang Daniel made an appearance at the “Play Samsung Music with Wanna One” event on December 7 to say hello to his fans.

Kang Daniel did not perform on stage, but appeared to greet the fans who attended the event. He said, “I apologize to those who came to see the performance. Please be careful not to catch a cold in this cold weather. I’m usually healthy, but caught a really bad cold this time. I went to the hair salon today to look better than yesterday. I came because I wanted to see you guys.”

He also took time to thank fans for his birthday billboard in Times Square, which is celebrating his upcoming birthday on December 10. “I saw the New York Times Square billboard. I only have memories of spending my birthdays in my room with my mom and two cats, so this is the first time I’m being wished a happy birthday by so many people. Thank you,” added Kang Daniel.

Before stepping off the stage, he concluded, “Wanna One prepared a lot for today, so please cheer for them a lot.”

Take a look at Kang Daniel’s ad below!

A giant ad celebrating the upcoming birthday of K-pop star #KangDaniel is on display in #TimeSquare. If you’re in the New York City area, make sure to stop by and see this ad, a very special present from his fans! #WannaOne pic.twitter.com/ldnwe96FtN