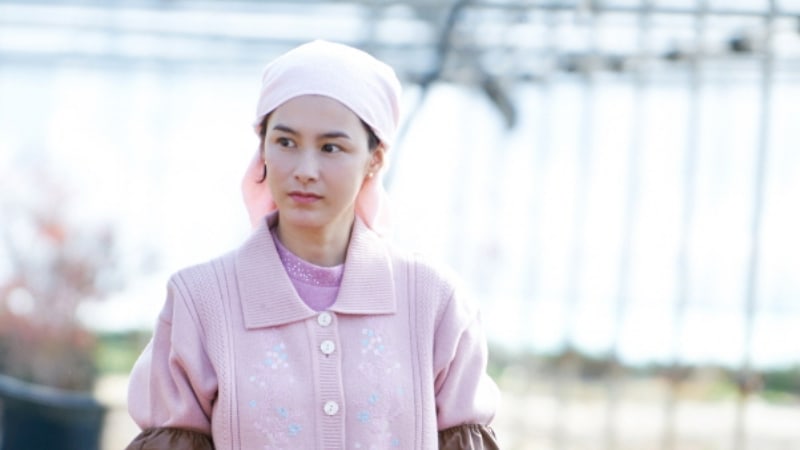 In “Jugglers,” Kang Hye Jung plays the role of Wang Jung Ae, a housewife who succeeds in getting a job as the secretary for the director of a sports industry (played by Lee Won Geun). She is a naive yet lovable woman who suffers from lack of money despite her seemingly glamorous lifestyle.

The released pictures show Wang Jung Ae fully committing to fieldwork with no signs of her usual fashionable self. She is wearing purple sweatpants, rubber boots, and even arm warmers. The pink towel wrapped around her head highlights her determination. 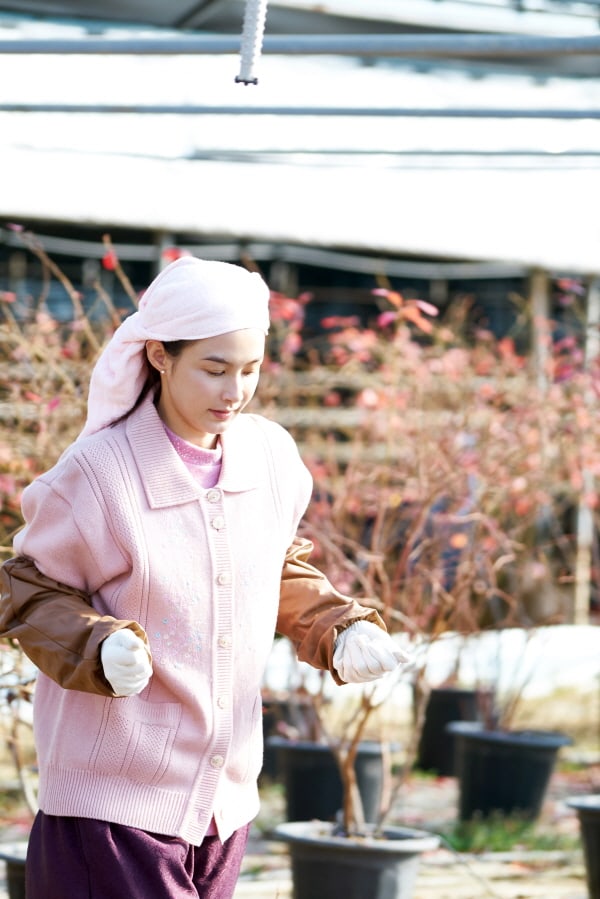 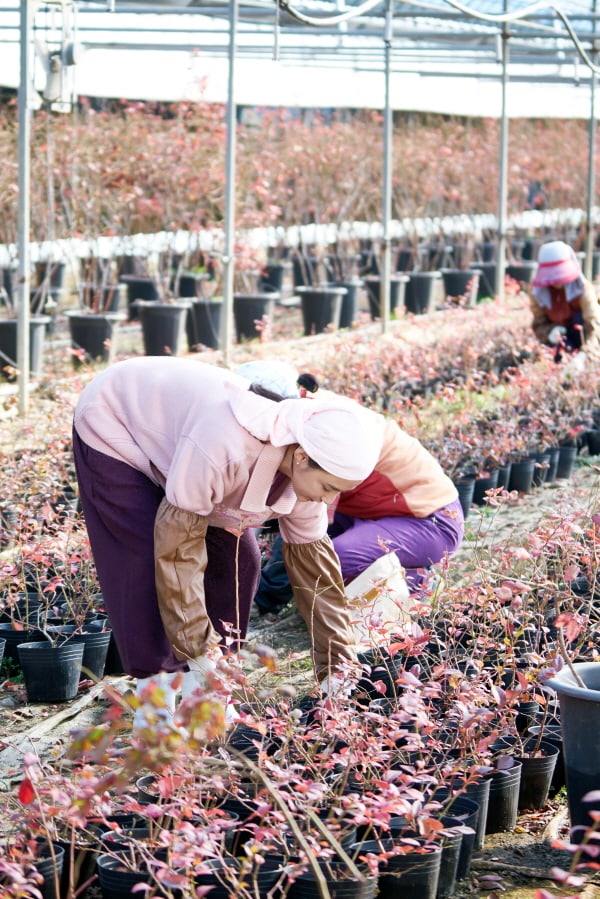 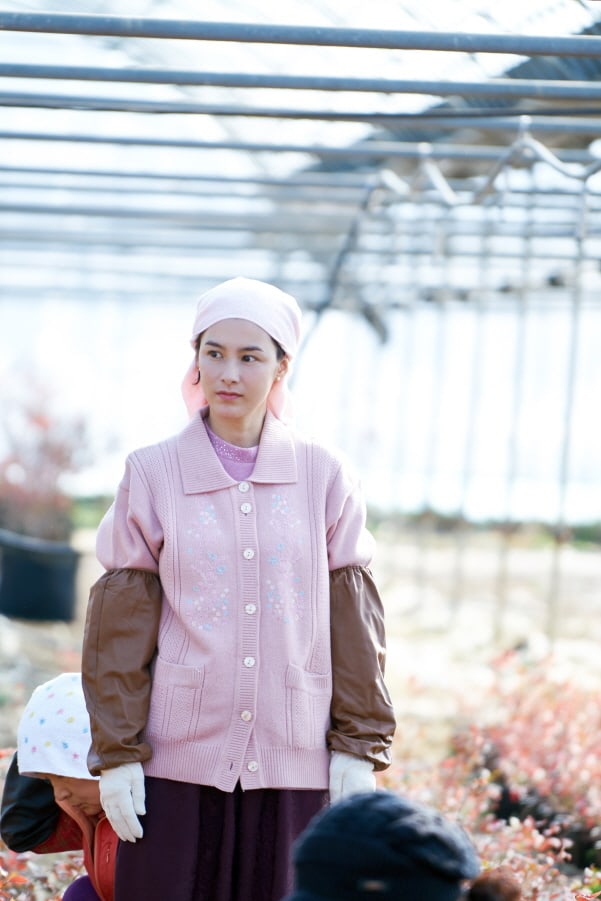 In one image, Wang Jung As is throwing up her hands in surprise while moving flowerpots, raising the question of what has made her so surprised. 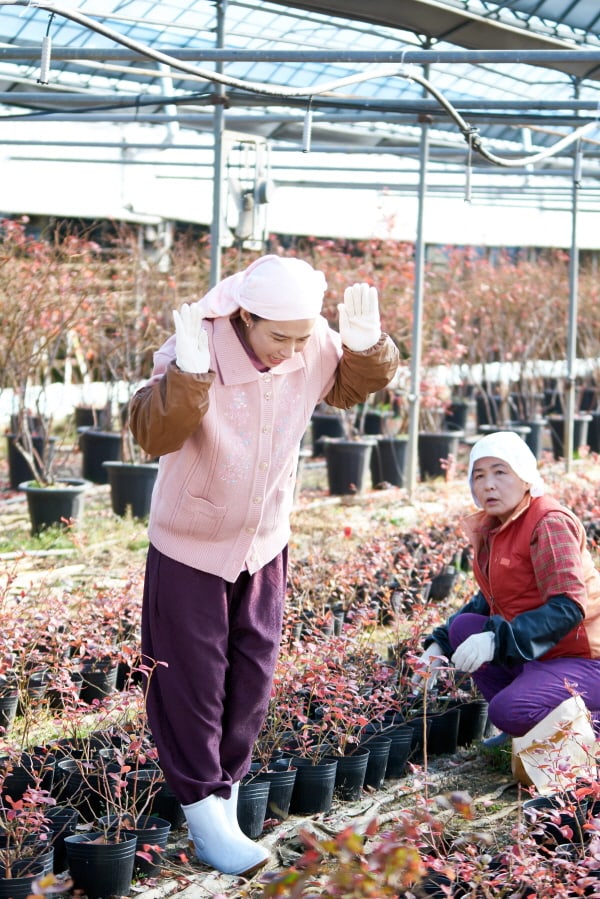 The scene was filmed at Pyogo Village in the city of Paju on November 27. Kang Hye Jung appeared on the set wearing a full costume fit for farming instead of her usual elegant clothes. The actress also studied where she should place the pots and how she should run in surprise before beginning to shoot the scene.

While filming, Kang Hye Jung focused entirely on moving the pots that she almost seemed to have forgotten that the cameras were rolling. Only when the director signed “OK” did she stand up with a smile.

The production staff of “Jugglers” shared, “Kang Hye Jung is the mood maker on set with her down-to-earth personality and bright laugh, but she immediately gets into character as soft, innocent Wang Jung Ae when the cameras start rolling. There is almost no need for retakes when filming Kang Hye Jung.” They added that the third episode of the drama will feature the struggle of Wang Jung Ae after she officially begins earning money on her own.