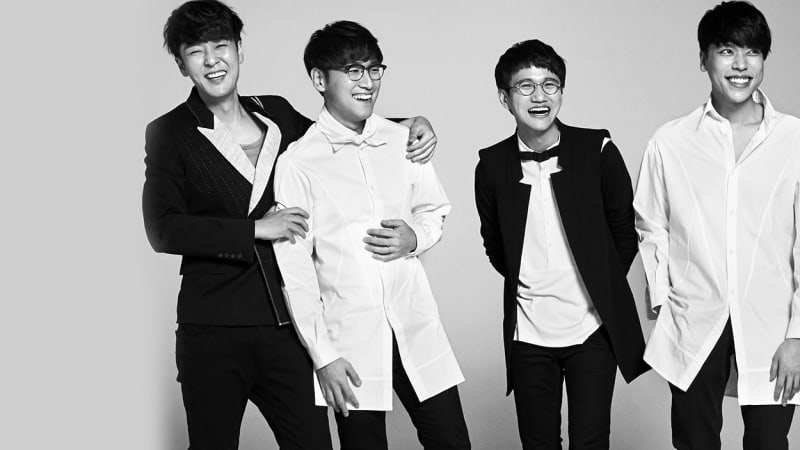 On December 9, Sweet Sorrow member Sung Jin Hwan made the announcement of his decision through the group’s fan cafe.

He wrote, “I have officially stopped all music-related activities and will stop promoting as a member of Sweet Sorrow and singer Sung Jin Hwan. In Ho Jin, Song Woo Jin, and Kim Young Woo are planning to continue Sweet Sorrow without me and with the Sweet Sorrow Company CEO Sung Hyun.”

Explaining his reasoning for his departure, Sung Jin Hwan stated, “I met the other members when I was 19 years old and we’ve been walking down the same path together till now, when I’m 37. It’s difficult to explain but along with the happiness and joy I’ve felt down this path, something else has been building up inside of me. I tried to push through it but lately, I feel like my health will be endangered if I don’t take action to address it.”

Kim Young Woo, Song Woo Jin, and In Ho Jin also posted letters on the fan cafe following his announcement. Kim Young Woo said, “Sweet Sorrow cannot exist without Sung Jin Hwan. We think of Sweet Sorrow as our life’s project, so we have decided to take his decision not as a breakup or withdrawal from the group.”

Song Woo Jin stated, “Even if [the group] looks a little different, Sweet Sorrow will continue and it’s probably what Sung Jin Hwan hopes as well. I hope Sung Jin Hwan will be happy. It is unfortunate that we cannot be with him on his path, but whatever he decides to do, I hope he can smile brightly again like he used to.”

In Ho Jin added, “I don’t know how much time will need to pass for this [change] to feel natural. Let’s give each other strength so that this awkward situation we want to deny becomes a part of our lives that we can cheer for.”

Sweet Sorrow debuted in 2005, released an OST for the SBS drama “Alone in Love” in 2006, and became well-known for their harmonic songs such as “No Matter What I Think About You,” “Show Your Love,” “Beautiful,” “I Love You,” and “Will You Give Me Your Affection” with Jung Joon Ha on the West Coast Expressway Song Festival on “Infinite Challenge” in 2011.

Sung Jin Hwan
Sweet Sorrow
How does this article make you feel?