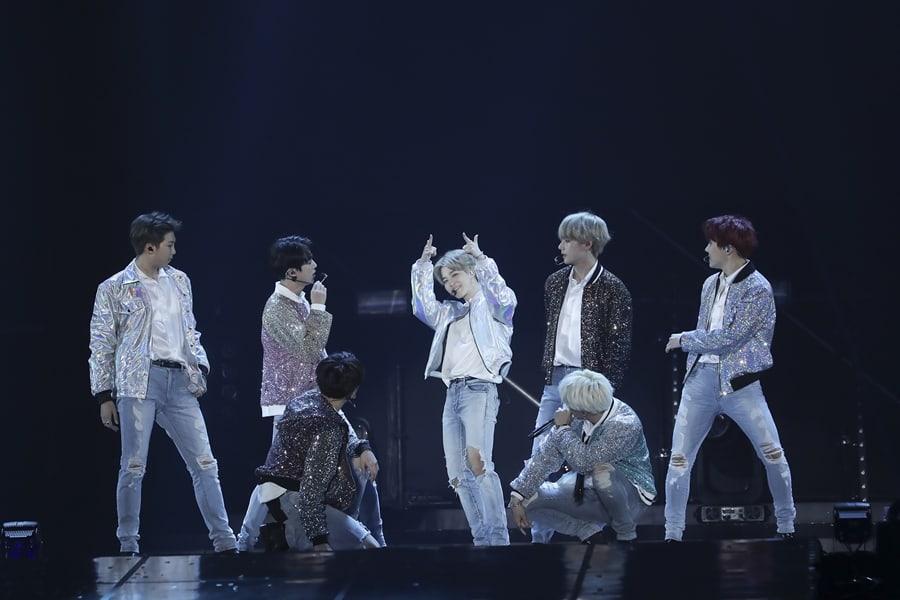 With many accomplishments already under their belt, BTS continues to dream bigger!

The group held a press conference for their “2017 BTS Live Trilogy Episode III The Wings Tour The Final” concert on December 10 to talk about a variety of subjects.

When asked about the amazing year they’ve had, Jungkook replied, “So many things have happened this year. I can’t just pick one memorable moment because there are so many that will remain with me. I’m really excited to see what next year will be like. Breaking new records is important, but what I want most is to create performances and music that will satisfy our fans.”

See Also: BTS’s RM Talks About What Made Him Change His Stage Name

Jin chimed in and said, “I think it would be nice if we could do a stadium tour. I want us to have big goals. It’s better to dream big, right?” Jimin added, “We were honored to have ‘DNA’ reach 7th place on Billboard 200 and the remix of ‘Mic Drop’ reach 28th place on Billboard’s Hot 100. We’ll keep working hard so that we can get ourselves in the top 10 of the Hot 100 next time.”

BTS has been wrapping up their “Wings” world tour this weekend at the Gocheok Sky Dome with fans. Their tour this year began in February and took them to 19 countries around the world as BTS performed for 550,000 fans across 40 performances.