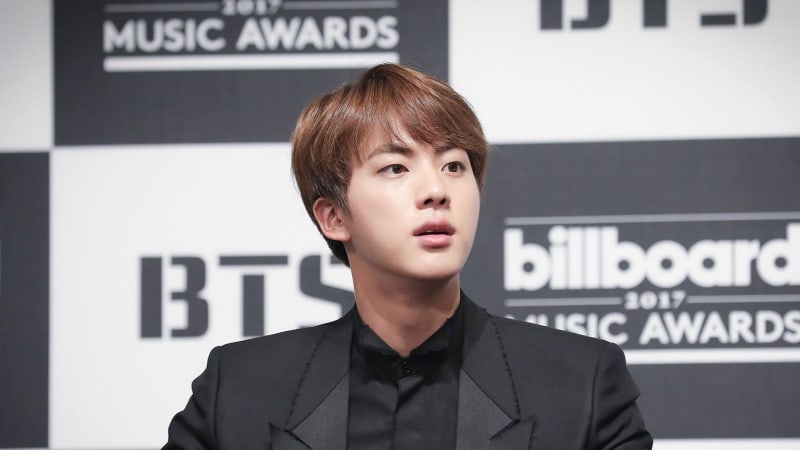 BTS’s Jin Shares The Origins Of His “Worldwide Handsome” Title

BTS member Jin has revealed the roots of his nickname “worldwide handsome” and how it came to be.

At a press conference for the “2017 BTS Live Trilogy Episode III The Wings Tour The Final” concert on December 10, Jin introduced himself as “worldwide handsome.”

He went on to admit that the title was a self-designated one, saying, “I gave myself [the name] ‘worldwide handsome.’ It’s a nickname that I came up with during an interview. Even I find it a little embarrassing to say, but many people like it, although I’m not actually worldwide handsome.”

See Also: BTS Shares Their Goals For 2018 As They Wrap Up An Amazing Year Of Accomplishments

He added jokingly, “Ever since our debut, I’ve been calling myself good-looking. You could think of it as a kind of rote teaching.”

Jin’s fans recently celebrated his birthday by trending the hashtag “WorldwideHandsomeDay” on Twitter.

See Also: BTS’s RM Talks About What Made Him Change His Stage Name