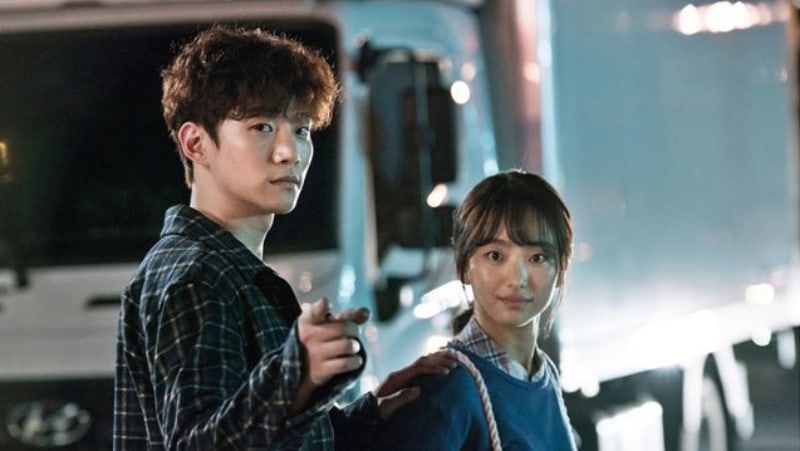 In newly released photos from the set of JTBC’s upcoming drama “Just Between Lovers,” 2PM’s Junho and Won Jin Ah show that they have chemistry even off camera!

The drama, which begins airing on December 11, tells the story of Lee Kang Doo, a hardened, street-smart kid who scrapes out a living in the back alleys of Busan (played by Junho), and Ha Moon Soo, a young architect who hides her emotional scars as she dreams of an ordinary life (played by Won Jin Ah). After the two miraculously survive an accident that turns their entire lives upside down, they fall in love and begin to heal each other’s emotional wounds.

Junho and Won Jin Ah, who faced stiff competition for the lead roles, are said to have been exceptionally passionate about their work on set. The new behind-the-scenes photos show the two actors poring over a script together and listening intently to director Kim Jin Won as they prepare for a scene. 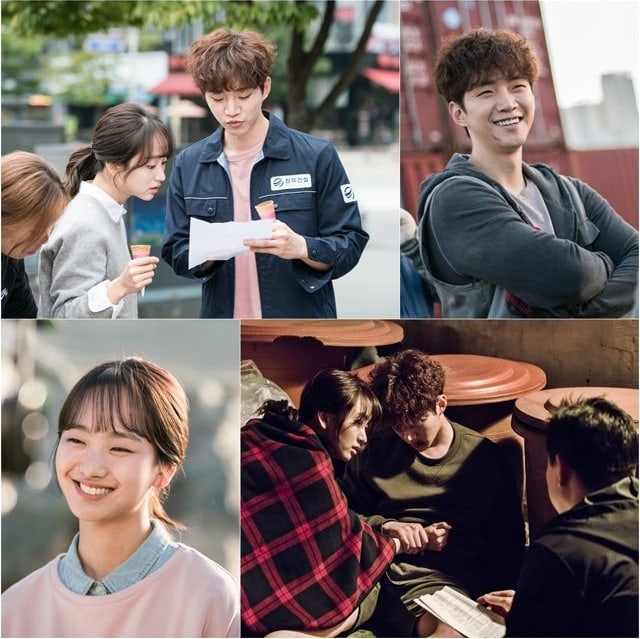 The actors, who reportedly show impressive chemistry in the drama as Kang Doo and Moon Soo, also enlivened the set during filming with their cheerful attitudes and winning smiles. The producers of the show remarked, “Lee Junho and Won Jin Ah are actors who possess a heartwarming vibe. Just looking at them is therapeutic in itself. The positive energy of the two actors seems to have led naturally to [strong] chemistry. We believe viewers will fall in love with Lee Junho and Won Jin Ah this winter.”