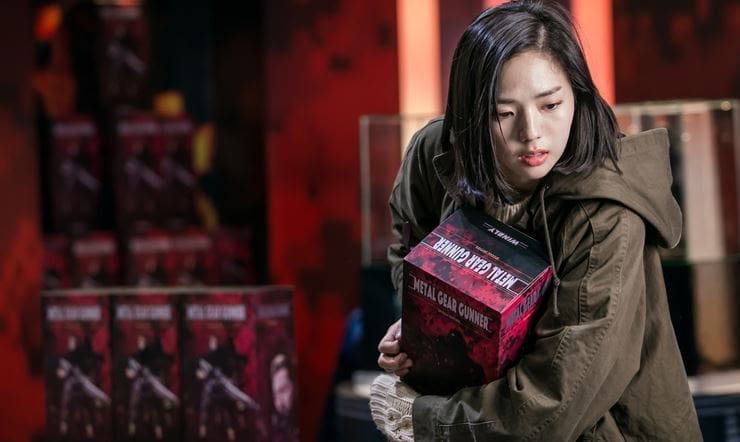 MBC’s Wednesday-Thursday drama “I Am Not A Robot” has released new stills showing a hectic day in the life of Jo Ji Ah, played by Chae Soo Bin.

In the released stills, Jo Ji Ah is seen taking on a part-time job as a purchasing agent. Not only does she wait all night long to get a rare limited edition figure, but she also shows running skills that could surpass those of famous Jamaican sprinter Usain Bolt. Through such efforts, Jo Ji Ah portrays a professional determination and shows just how hard-working she is.

After ending her part-time job as a purchasing agent, she goes back to her own business and starts to create her startup item. She thinks long and hard about items that people need. Even though it’s late at night, she loads the items she created into a handcart and sells them herself. 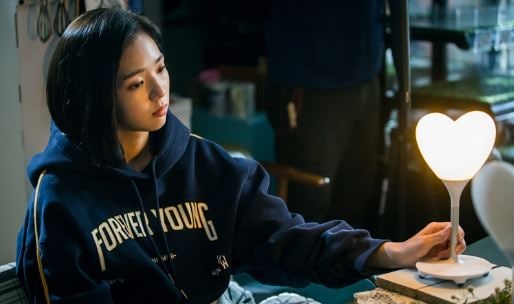 That’s not the end of Jo Ji Ah’s day. As aired in previous episodes, she received a job offer to act as a robot from her ex-boyfriend Hong Baek Gyun (Uhm Ki Joon), and acts as humanoid robot Ah Ji 3 while interacting with her customer Kim Min Kyu (Yoo Seung Ho).

“I Am Not a Robot” is a romantic comedy about Kim Min Kyu (Yoo Seung Ho), a perfect man who has everything but has never dated before because of his allergy to humans, and Jo Ji Ah, a bright and hard-working woman who has to pretend to be a robot. The drama airs every Wednesdays and Thursdays at 10 p.m. KST.

Chae Soo Bin
I Am Not A Robot
How does this article make you feel?