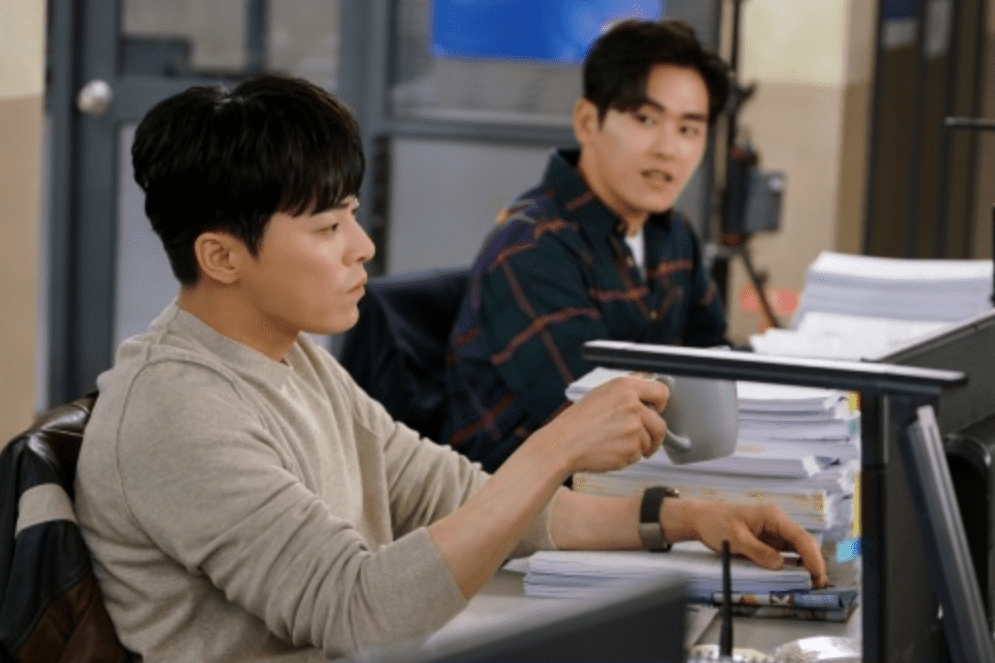 Hoya is bringing the energy as the moodmaker on set of “Two Cops!”

In the MBC drama, Hoya (Lee Ho Won) plays the junior partner of Jo Jung Suk’s police detective character. He looks up to his boss and is jokingly referred to as his boss’s ‘wife’ rather than ‘partner’ due to his devotion to Jo Jung Suk. 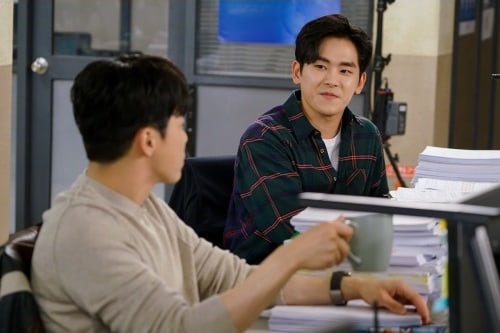 For example, in the latest stills, he is caught looking with puppy eyes at his boss and when his look is returned, smiling brightly. His respect for his boss informs his every interaction and forms the foundation for his character, standing up for justice even when he gets drunk.

As the youngest member of the team, he also acts as the moodmaker both on set and as part of the police station staff. The production staff said, “Lee Ho Won, like his character Dok Go Sung Hyuk, has the passion of a rookie actor ready to learn everything related to acting. Please support the work of a Lee Ho Won full of ambition and passion.”

Catch Hoya in action in the latest episode of “Two Cops” below!

Hoya
Jo Jung Suk
Two Cops
How does this article make you feel?