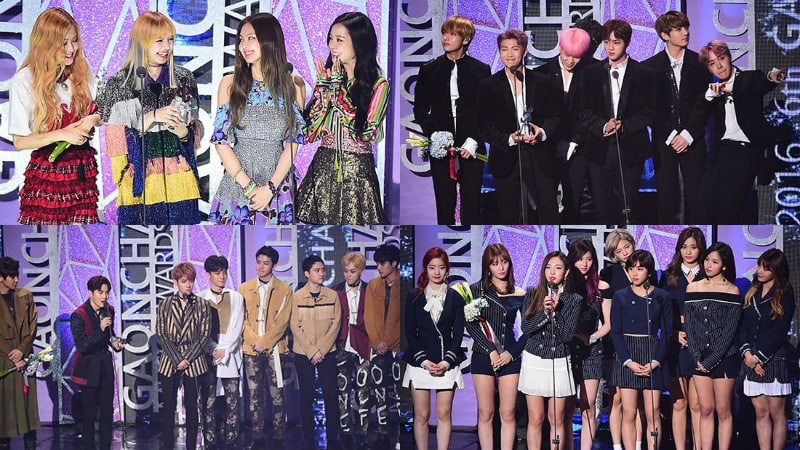 The 7th annual Gaon Chart Music Awards has announced an official date for its upcoming ceremony!

The award ceremony, which is organized each year by the Korea Music Content Industry Association, will be held on February 14, 2018 at the Jamsil Indoor Stadium in Seoul.

The Gaon Chart Music Awards will celebrate the best of mainstream Korean music in 2017, honoring not only singers, but producers and industry executives as well.

Representatives of the show announced that there will be some significant changes this year, explaining, “Rather than a measure of the popularity of artists or songs, the Gaon Chart is a tool that performs a statistical analysis of the music industry. [Therefore,] the Gaon Chart Music Awards will focus less on spectacular stages and performances. Instead, we will focus on the process of music production and the role of producers, telling the story of the many industry professionals who must collaborate to foster an artist or to release a single album.”

In order to better reflect its new theme of collaboration, the ceremony has decided to change its Producer of the Year award to an Album Production of the Year award. The show’s representatives commented, “Instead of simply honoring the head of the record label that produced an album, we have changed the award so that it can be presented to everyone who participated in the album’s production, including the artist, the composer, and the production staff.”

They also stated, “Just like the Grammy Awards in the United States, the Album of the Year award will be presented not only to the artist but also to the entire production staff, in order to put a spotlight on just how many people must work together to give birth to a single album.”

The Gaon Chart Music Awards has also resolved to film this year’s ceremony more carefully, so that each presenter and awardee has an uninterrupted moment in the spotlight. The representatives remarked, “We will be working hard on our filming to ensure that the presenter and winner in every award category receives the audience’s full attention and applause. We will be getting rid of any unnecessary camera footage, and we will strive to make sure that each moment of the ceremony can receive the audience’s respect.”

Are you excited to see the new changes to this year’s Gaon Chart Music Awards?

7th Gaon Chart Music Awards
How does this article make you feel?