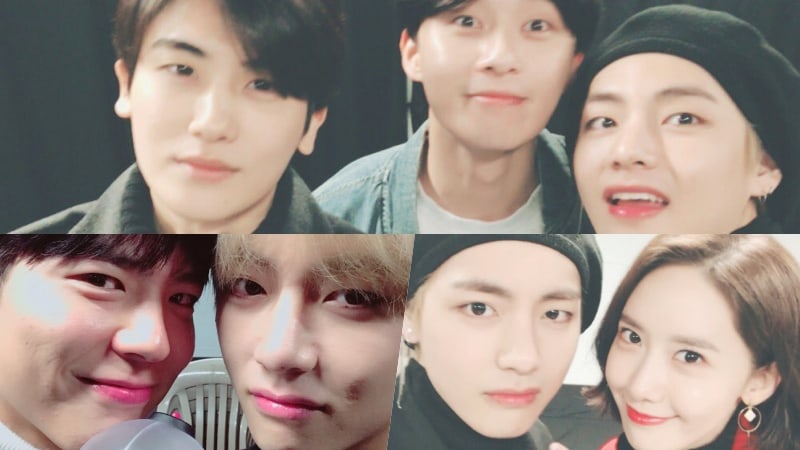 BTS’s V has shared some shots with his friends backstage at the group’s concerts!

BTS wrapped up their latest concert tour over the weekend with three nights of their finale show “2017 BTS Live Trilogy Episode III The Wings Tour The Final” from December 8 to 10.

V then posted to BTS’s Twitter on December 11 with four photos from backstage of himself and his friends, including shots with his “Hwarang” cast mates Park Hyung Sik and Park Seo Joon, his good friend Park Bo Gum, actress Ha Ji Won, and Girls’ Generation’s YoonA. He described them in the caption as his friends that are proud of him and included the hashtag, “I only use Twitter.”

While V sticks to Twitter, his friends have been sharing photos on Instagram. Ha Ji Won posted another photo with V and wrote, “A perfect performance where every moment seemed like a music video. As expected of BTS. The world’s best!”